Dave’s Markets connects with communities to grow together 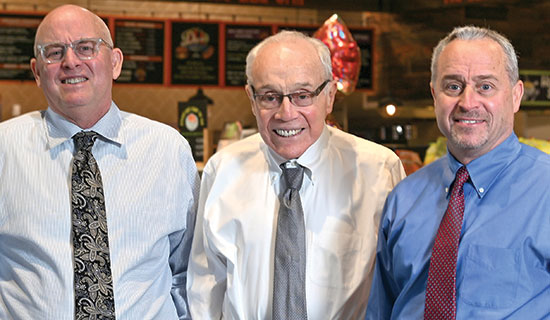 Dave’s Markets began in 1920 as a single store serving the community from 33rd and Payne in Cleveland. As the neighborhood grew, the store became increasingly busy. Competition entered but largely failed to realize success. Dave’s filled the gaps left behind, leveraging the knowledge the owners gained from being present and available to shoppers.

Dan Saltzman, president of Dave’s Markets, the fourth generation of the family in the business, says their strategy as an independent grocer is to learn from their customers and then cater to their needs.

“He (Burton Saltzman, Dan’s father and CEO of Dave’s) developed, down in our first store, a following because he recognized the items that the urban shopper was looking for at that time,” Dan says.

That strategy helped the business grow from that single corner store to 15 locations and more than 1,500 employees. Some of that growth was opportunistic, as when grocers leaving an area gave them acquisition opportunities. Other times Dave’s entered an area by community demand, sometimes led by public figures such as mayors or council members. But wherever they are, they’ve found success by being ingrained in their communities. That means understanding what their consumers want and delivering it with a family touch.

Dan Saltzman joined the business after college, around 1982, when there were two stores — the second was in Slavic Village. Dave’s got some assistance from the city early on to add locations. That, says Steve Saltzman, vice president and Dan’s brother, is often necessary for independents to enter a market. National and regional grocers might have a growth strategy that encourages expansion whenever possible, but independents need to have a good few years under their belt and build up capital before they can feel good about growing into a market.

“We never were like, well we want to be at X, especially in the early years,” Dan says.

That two-store footprint would soon grow to six, which saw the addition of an Ohio City store that was the first they built from the ground up. Opened some 20 years ago, the Ohio City store came about when Dave’s was courted into the neighborhood with support from the city and Dave’s wholesaler. It was a private/public partnership that was spurred by the recognition that a grocery store could unlock the growth that was hoped for in the neighborhood.

The growth of the business, however, came with challenges. To get through those, Dan says the family worked to stay true to who they were — a business that’s very focused on customer service, which it would execute through the family’s presence and close involvement.

“My dad kept saying, ‘If you want to grow the business and you want the store to be successful, you need to be there right on the front end, meeting your customers, thanking them, and that’s going to make the difference,” Dan says. “And he was right.”

Still, even with the family touch, once the company got to the fifth and the sixth stores, managing it all became more difficult. There just weren’t enough Saltzmans to be everywhere at once. So they decided to go outside of their internal pool and bring in experienced, skilled managers.

In from the outside

Burton says the family learned about some talented people who had been working at area grocery stores that closed. One such person who joined the business emphasized that Dave’s size required a different approach.

“He said, ‘You’ve been successful, but you can’t run the store by the seat of your pants like you were doing,” Burton says. “You have to change your whole concept, bring in more people, and smart people. And we realized that things had to change.”

Some of the changes were small but necessary. For instance, Burton says, at the time, the company didn’t really have much of an office, so they made more space for one. That small step helped the family recognize that much about the way they oversaw the business had to change. Then they focused on recruiting experienced people who fit the culture that the founders had established.

“We had a lot of good partnerships with a lot of talented people, and it was the best of both worlds, frankly, because they might have had enough of the corporate world and were excited to join an independent business that needed their expertise,” Steve says.

The company’s CFO came from a large grocery chain and helped the family ensure that the business had solid, timely reporting, another step toward not running by the seat of their pants.

“When he joined, that really was a big turning point for us because all of a sudden we could see how we were doing in real time,” Dan says.

Improving communication through regular meetings was especially important when the company acquired four Tops stores around 2007. It was a big move, Dan says, and it added big stores.

A few years later, Dan’s sons, Aaron Saltzman and David Saltzman, joined the business. Both brothers left jobs with PwC, each having had the chance to explore their own paths until, eventually, they decided to come back to the business they grew up in and around.

Looking back, Aaron says purchasing the Tops stores — four locations at once — was a very significant decision for the family. Prior to that, all of their stores had been in Cleveland. That acquisition enabled the company to expand into suburban environments. Dave’s Markets was now part of a broader community and in some instances was able to reach the next generations of Dave’s shoppers who knew the stores from the city but had moved out of it. That required the family to understand what operating in the suburbs needed to look like so that the business could responsibly expand.

“That was a pretty significant step,” says Aaron, store operations and marketing. “And I think it’s informed our company in a pretty good way to understand our means and nature as it relates to areas we operate in.”

Catering to the needs of the communities in which they operate has been a key to the business’ success.

“It’s not the type of thing where we have 300 stores and every one of them needs to look exactly the same,” says David, operations, finance and strategy at Dave’s. “Quite the opposite. We do really try to make sure the store fits the needs of the neighborhood. So whether it’s the new store like we just did in Concord Township or Midtown, at least the ones I’ve been a part of, we definitely tried to be close to it, tried to talk to the community and seek input from our suppliers in terms of what works for them at other like areas.”

A good example is the store that would become known as Dave’s Mercado. The Ridge Road location was adapted to cater a large Hispanic shopping population after the opening of a mass merchandiser close by spurred the family to find a differentiation point, one that would more distinctly separate Dave’s from how that merchandiser went to market. So, they decided they were going to be the best at catering to the area’s Hispanic consumers.

To effectively reach the level of consumer competency they felt was required to do that right, the family traveled to Orlando and Miami, as well as New York, to visit stores to better understand how to cater to that customer. They took what they learned and remodeled the Ridge Road store with an emphasis on the Hispanic customer.

Feedback on whether such decisions are working is pretty straightforward.

“People vote with their wallet,” Dan says. “We watch our sales trends and our customer count.”

Today, Dave’s Markets’ 15 stores give them a fairly diverse footprint, as well as a range of consumers to consider. There are stores in Cleveland’s inner-ring suburbs and the city, as well as in Richmond Heights, Garfield Heights and Euclid, and a store in Akron. And the 2020 purchase of Lucky’s Market at auction landed them another Cleveland store and a location in Columbus. As Dave’s has grown, so have the company’s customers, the family and the people operating the business.

Some of the children who shopped at Dave’s with their parents are now parents themselves. Aaron says that history — both with shoppers in the communities and those who have or continue to work in their stores — is very important. He says there are many team members who tell him and his brother stories of working with their grandfather and even their great-grandfather.

“We can’t emphasize enough what we understand that means,” Aaron says. “I think it is a big part of what makes us who we are as a family business.”

After Aaron left PwC and joined the family business in 2014, he was given both time and space to learn its ins and outs. That meant spending time with managers in various departments and stores, and shadowing members of the leadership team at the corporate level.

“We learn from our people every day,” Aaron says. “We’re fortunate we have a lot of people in our business that have been doing this many more years than us. So we’re always learning. That experience gave me a really good hands-on opportunity to get into it in a way that really we never have before.”

When David joined a few years later, he took a more project-based role over the course of about a year, but soon his direct involvement in operations was taken to a different level when the business opened its Midtown store in 2019. That required both him and his brother to spend a lot of time operationally dealing with getting the store open. And then right at the start of the pandemic, the business acquired the Lucky stores in Ohio, and the brothers ran point on that, all of which laid the path for a lot of what they’re now doing.

David says he and his brother soon split their responsibilities, which enabled each of them to get further ingrained with the stores. As they did, they held on to the family’s approach of being close to their shoppers and employees to learn as much as they can. Talking to employees and customers gives them an appreciation for the history of the business. It’s also been instrumental in informing their decisions as they look to the future and helping them thoughtfully prioritize communication around the organization’s 30,000-foot strategic objectives.

“It’s a balancing act for us,” Aaron says. “It’s not losing sight of the importance of what our personal relationships mean. But it’s also a little bit of when a family business is always so hands-on and so into the details, it’s important to make sure that the strategic objectives and priorities are being kept at the table and the ongoing discussions and communications are being had. That’s something that I think David and I have done our best at since we joined the company to give our dad, our grandfather and our uncle some support, taking a lot of those things off their plates where we can and helping drive and steer some of those priorities into the future as we juggle all of our time and efforts.”

With Aaron and David positioned to lead the company into the future, Dan says the hope is that every generation of Saltzman brings to the business a new and better way of doing things. But he recognizes how those in each generation do that won’t be the same.

Aaron says he and his brother both take a tremendous amount of pride in being fifth-generation family members in the business. 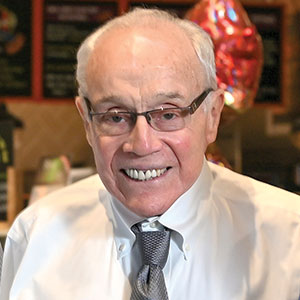 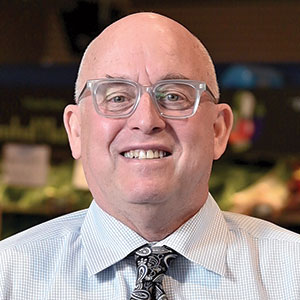 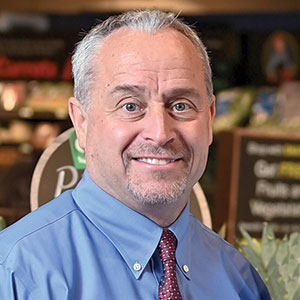