The post-mortems on the cryptocurrency exchange company FTX have revealed shocking details in terms of lack of oversight, vulnerability to fraud, corporate malfeasance and greed. The fiasco is enough to give any compliance officer cold sweats and nightmares. And it’s why I always prefer nonfiction; you simply can’t make this stuff up.

It’s a bigger nightmare for stakeholders who watched $2 billion in invested capital reach $32 billion in value in less than two years and then come crashing down in two days. As someone who has long been skeptical of cryptocurrency, it’s tempting to feel smug, but the problems at FTX were not solely caused by a nascent, poorly understood and underregulated industry (though that helped).

To be clear, I’m not criticizing crypto, per se. And I am sold on the value of blockchain as a useful technology. I have a simple rule that I won’t invest in things I don’t understand and couldn’t explain in a simple paragraphs to someone my age or older.

Pitchbook estimates that 94 percent of public pension plan sponsors invest in some form of crypto; that’s a strong endorsement from a lot of smart and generally conservative people. And it may well end up being a great investment. But the FTX mess underlines the public policy implications.

FTX is really an age-old story of charisma, greed and something that’s too good to be true. Clearly the wunderkind founder and CEO of FTX, Sam Bankman-Fried, was charismatic. The MIT grad talked a good game, and his optimis propelled the company. Those skills are very useful for any entrepreneur, but I believe they do not form the basis of a solid company.

In just about any era, you can attach a name to a meteoric rise followed by a devastating crash that reveals fraud on some level: Ponzi, Enron, Madoff, Tyco, etc. The common thread is poor or fraudulent management, enabled by investors who were tempted by a fast and flashy upside. Fear of missing out overrides sensibility in these cases. Basic diligence — let alone formal due diligence — falls by the wayside, and the obvious risks are ignored. Greed is powerful.

It’s worth noting that FTX falls on the heels of other high-profile failures. Elizabeth Holmes is heading to federal prison for 11 years thanks to her role in creating and perpetuating fraud at Theranos. WeWork’s failed IPO in 2019 cost investors billions, yet the architect of that failure, Adam Neuman, was paid $1.7 billion to go away. And somehow Neuman just raised $350 million for his new real estate company from famed venture capitalist Andreessen Horowitz. I hope he is certain that Neuman, who was at best erratic while helming WeWork, has turned over a new leaf.

The broader point is that due diligence always matters. When you’re entrusting someone with your money, you must carefully dig to determine if what they say is matched by the hard and unemotional reality of the due diligence. Some synonyms for diligence are conscientiousness, assiduity, rigor and thoroughness; shortcut is an antonym. It is never called don’t diligence.

Not every investment works. Companies fail or falter for any number of reasons, but losing money due to fraud or bad governance is avoidable and unacceptable. So the next time the next big thing comes around, remember that foundational due diligence and basic governance may not sound as fun or sexy as a fast-talking entrepreneur, but fundamentals matter. ●

Stewart Kohl is Co-CEO of The Riverside Company 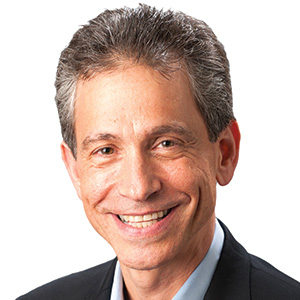