Procrastination and these famous last words can lead to bigger troubles

“We don’t have a replacement yet, so we can’t make a change.”

Every boss who’s been around more than a few years has at the very least wanted to replace an employee who just wasn’t hacking it or, worse, was causing growing issues. The dilemma is whether it’s better to give someone causing grief the heave-ho and risk not getting a specific job done or endure the suffering and damage done by a less-than-productive employee.

Unseasoned or yet-to-be-jaundiced managers who’ve been in this predicament likely have weighed the alternatives and taken the path of least resistance, settling for the status quo. The downside of doing nothing is that the problems usually multiply, gain momentum, and cause far more damage and unintended consequences.

Before biting the bullet and making the final go/no go decision, it is better to weigh the risks of keeping someone who is problematic and assess how much more impairment they might precipitate. Most times, it’s best to cut the cord, temporarily divvy up the extra work to others, and look for a replacement.

Although it’s easier to capitulate and do nothing, this can prove costly and harmful. When someone is not doing the job, that employee will not change course and improve miraculously. More likely, the individual will continue to spiral downward. Forgetting that the work may be done halfway or wrong, the more significant issue with a sub-par player is that everyone else knows, which erodes team spirit. In addition, it can cause a ripple effect when otherwise OK, but not high, achievers say to themselves, “This bad apple is getting away with a halfhearted effort, so perhaps I should coast, too, and take it easy.” Even worse, if the problem is left to fester, it will spread and do further damage, just like a nasty infection.

What you don’t know will hurt you. When you think to yourself, “How could this laggard get worse? I’ll just keep them for a little longer,” that mindset may come back to haunt you when the unsatisfactory situation does, in fact, deteriorate. The big unknown is the tangential negative effect being done on other fronts by a malcontent employee who just doesn’t fit in the big picture. It’s 50/50 that the inferior performer will become vindictive because of their sense that the end is near, possibly subvert others, and unfortunately enjoy doing so. Never underestimate human emotion, particularly when the one carrying an ax to grind thinks the company has it coming for whatever reason.

One not-so-great alternative, but sometimes workable, is to tell the thorn in your side that it’s time for a change, and you’ll make it worth their while if they hunker down during a transition and walk the straight and narrow. Usually once someone knows the inevitable and at least has a carrot or incentives to do no more harm, it might stem further damage.

Playing possum by pretending a problem isn’t a problem and waiting too long to fix the issue can lead to far more trouble than simply facing reality and cutting your losses. 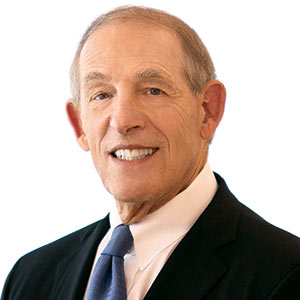