MedVet focuses on its employees, as new CEO Linda Lehmkuhl leads the way 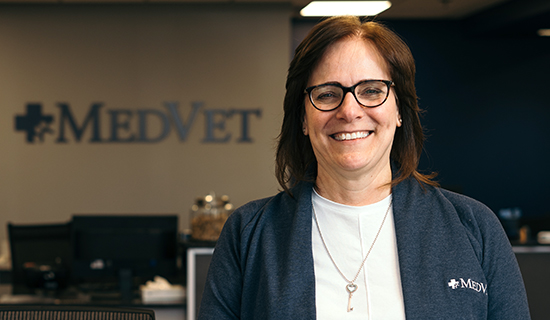 She’s also taken one more step along the journey to be a developer, rather than a doer.
“I think the biggest change, for me — and this the coach did help — was really seeing that the role of CEO requires much less diving in and doing, and much more lifting up and supporting,” Lehmkuhl says. “That was still a challenge for me. Throughout my career, that’s a pretty common struggle from physician to people leader. Physicians are doers and not necessarily natural people leaders.”
She’s defined her CEO role as two things — being MedVet’s storyteller and building the best leadership team and health care steering committee she can.

The leadership transition isn’t the only change at MedVet, which is growing rapidly. Three years ago, the company had 12 hospitals. At the end of the first quarter of 2020, MedVet will have 29 hospitals in 15 states. The company also recapitalized last year to gain funds to continue to acquire hospitals, build its first practice in a new geography from the ground up and invest in its current facilities, Lehmkuhl says.
MedVet has a great integration playbook when it buys a hospital in a new market, but it also has to preserve the organizational culture as it grows and scales.
“We’re very strong believers that leaders drive culture, culture drives behavior and behavior drives results,” she says. “My team gets tired of hearing me say it.”
Helping ensure the organization is aligned across its purpose, mission, values, visions and strategies is something Lehmkuhl enjoys working on. As a larger organization, however, MedVet has to approach its culture more deliberately. Culture is no longer a side effect of having good people who are aligned around the mission and values.
“You have to work more at it,” she says. “You have to be aware that culture is a factor and that you’re driving it, or not, because it’s happening, regardless.”
This hit home for Lehmkuhl a few years ago. Some MedVet executives traveled to Cleveland Clinic for a health care meeting that focused on employee experience, while in the middle of a three-month strategic planning process.
“We came back and met with the group and said, ‘Yeah, we’re missing the boat. We value our team, but we’re not focusing on them as hard as we’re focusing on delivery of the MedVet experience,’” Lehmkuhl says.
The company needed to focus on its employees first; they are the ones who deliver the MedVet experience that leads to healthy growth.
“We’re all about serving,” she says. “We want every pet to get the best outcome. We want every client to get the best experience. We want every referral partner to have a trusted place where they can send pets. But you get so focused on what you do that you aren’t focused on who does it.”
Lehmkuhl says your team needs to be supported, given a voice and developed into leaders.
It’s also important to sometimes look outside your organization to find answers.
“Some things just hit you at the right time, but you’ve got to be out there and be exposed to them,” Lehmkuhl says. “Widen your box a little bit.”

Once MedVet saw the need to prioritize the employee experience, it re-evaluated, identifying gaps that needed to be addressed. It had to know the employees’ voices and respond to them, while helping them develop as leaders.
“Not that we had bad culture, and not that we didn’t care about our employees, but it was a new focus,” Lehmkuhl says.
The company created training, which worked on controlling responses and delivering exceptional experiences to others, and then put it into action at each hospital.
“It transformed culture in some of our hospitals because it gave leaders and the people a common language to drive accountability of behavior,” Lehmkuhl says. “That was instrumental.”
MedVet also defined key elements of the employee experience and worked on those five buckets, and brought in a new chief human resources officer to help build a stronger culture.
The organization did an employee experience survey for the first time in February 2018, and the 4,000 comments it received demonstrated that it was overdue. Lehmkuhl says there is still work to be done on employee engagement, but increased scores over the past few years show progress.
Finally, MedVet emphasized leadership development with an in-house program, Leadership in Action, she says. This helps technicians develop into leaders who can administer change management, conflict resolution and business management. 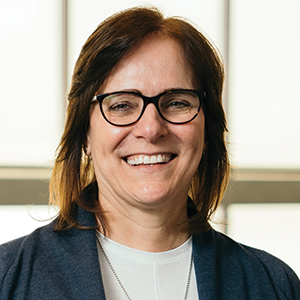