J. David Heller’s team of A+ players makes it happen for The NRP Group 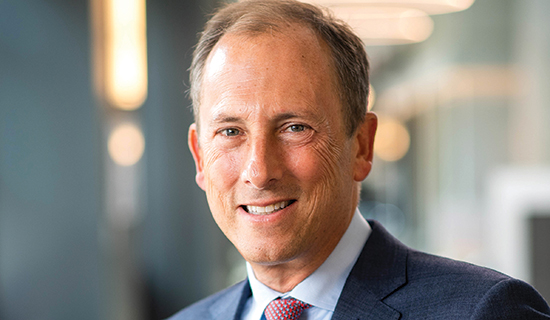 Heller was approached, at the age of 28, by a local neighborhood nonprofit in the Glenville neighborhood of Cleveland that wanted to develop a project to serve the residents of its community. Heller and Scott worked with its leadership to secure low-income housing tax credits from the state of Ohio to build 50 homes, all of which were lease-purchase; residents would lease the homes for 15 years, and then, through the terms of a federal program, have the option to purchase. Heller and Scott succeeded but they didn’t stop there.

That project grew into a mission to create exceptional rental communities for individuals and families regardless of income and led to the development and construction of over 40,000 (and counting) residential units in 16 states.

Prior to the opportunity, Heller worked at Arthur Andersen & Co. in the real estate consulting division and spent time as a consultant for the Townsend Group, overseeing $3.6 billion in real estate investments. The Glenville project was never, in Heller’s mind, a one-off. He undertook it with an eye toward scaling and making a business of it.

“It checks so many boxes for me,” he says. “I was able to take my business background and, at the same time, use the skills that I had learned, then take the passions that I have for repairing the world and really fuse those together. From day one, I knew that I wanted something that was scalable.”

Heller, as driven as he is to build on that mission that began in 1994, needs help to achieve it. So, he’s built The NRP Group, of which he is president and CEO, to include more than 850 A+ players, and talks to some 100 additional candidates personally each year to find those who fit the NRP mold. It’s a staff that must both realize and withstand the rigors of a constant upward growth trajectory and be trusted to execute the mission, almost as if they were Heller himself.

Drilling through the mountain

Although he’s capable, driven and knowledgeable, Heller says it’s a point of personal pride to recognize that he doesn’t know everything.

“I never have the need to be the smartest guy in the room,” Heller says. “And so constantly I’m seeking out people and professionals and partners to this day that are smarter than me, that have a better knowledge of what we’re trying to accomplish than me. And that was what I did from the beginning.”

For example, he says the team on the first development in Glenville included attorneys who knew well the tax credit program that financed the project, and accountants who specialized in tax credits. They would be the earliest examples of the A+ team Heller requires to realize NRP’s mission.

As he began to build his team, Heller says it’s been important to be upfront with each candidate about the demands and expectations of NRP employees. Integrity, teamwork, high performance and professionalism are a few of the foundational values of NRP, and they form the lens through which each candidate is judged.

“You talk to them very openly about some of these challenges — that we are a get-it-done organization, that we overcome our challenges, that we’re not going to walk away from difficult situations,” he says. “It has really become the DNA of who we are.”

Every project has challenges that require individuals who will push forward, regardless of the obstacles, and accomplish the goal.

A+ player is a term relative to the current level of talent in the company, and NRP is committed to always driving that cumulative talent level higher. If — arbitrarily and only for the sake of illustration — the level of talent is at a five, ideally only sixes would be hired.

“Every time the new person comes in that you’re hiring, you should be hiring a better person,” Heller says.

Sorting out candidates who are A+ players is done through multiple interviews, by multiple people within the organization. NRP also does personality testing, using the DISC assessment. However, that tool isn’t the decision maker. Instead, it serves as a baseline for conversations about how that person’s personality works, creating a profile on how detail-oriented someone is, how interpersonally dominant they are and how those traits might change based on situational stress.

Stacking incrementally more talented people is only one part of how NRP elevates the talent trajectory. Each person who enters the company is expected to continue to grow and improve. Should that person’s abilities begin to level off, possibly sinking below the mean level of talent at NRP, that would trigger a crucial conversation about why that individual’s growth might have stalled.

It’s possible, for instance, that a person grew in ability above the level they had when they came to NRP, but that the organizational talent outpaced that person. And because NRP is a growth-oriented company, anyone who can’t keep pace has to be left behind.

That hiring philosophy isn’t just about its external growth — its tenacity to tackle any project and not just ensure, but insist, it’s completed. It’s also about retention. Frustration with peer performance could lead A+ players to take their talents elsewhere. Heller says A+ players want to further their careers and constantly grow and be challenged. And if that can’t happen at NRP, they’ll find somewhere that it can.

NRP, since its beginning, has grown in reputation and size, so it’s able to keep its talent pipeline full through recruitment efforts that extend outside the commuting range of its home base. Where NRP faces hiring challenges, it looks to overcome them through the Center for Property Management at Cleveland State University, in partnership with The Millennia Companies, that teaches real estate and property management.

“We want to bring in both internships and co-ops so that these students from that program can then start with NRP and build a career with us from the ground up,” Heller says.

The company also deploys team members to teach classes as guest lecturers at universities around the country as part of its recruiting efforts.

Heller says his management style focuses on promoting and preserving NRP’s culture, assisting in hiring and growing leaders in the organization.

“I recognize that, at this point in the company’s growth, getting involved in the details will inhibit our growth,” he says.

Heller is not the “dreamer and schemer” of new initiatives. Instead, he’s seeing full-fledged ideas that originate with this A+ team that make their way to the top through a structured process.

A board of directors, outside advisory board of industry and non-industry professionals and a 10-person executive team that includes Heller meets weekly to share the very large ideas on strategic initiatives.

It’s a similar process when it comes to the approval of a deal. A developer brings a deal to an investment committee, which includes the heads of development, construction, property management, finance and marketing.

“And when the developer brings a deal into that investment committee, they’ll all beat the crap out of that deal until they all approve it,” he says. “It could sit there for three months during the process.”

The 25 or so deals that make it beyond that to the executive committee, on which Heller sits, and ultimately get done in a year, are typically whittled down from 125 that make their way up the decision chain through various and escalating stages of scrutiny. At each step, developers around the country are fighting for their deals to get done, reshaping them by finding better financing, less expensive means of construction and value engineering to meet NRP’s strict criteria. But ultimately, they all want to make the right decision for the company. Trusting that process gives NRP the mechanism to get really good deals in its pipeline.

“We don’t want to lose money,” Heller says. “And that’s really the moniker that we have is that we don’t want to do a deal because it’s sexy or it’s going to be good for the name of the company or whatever. We’re doing deals because they make financial sense.”

From the shoulders of mentors

The NRP processes Heller has built since co-founding the company are a product of great mentors and being a student of other people’s successes.

Morton Mandel, who passed away in 2019 at 98 years old, was one of his great mentors. He says he learned from Mandel that it’s all about “the who.” Mandel was mentoring Heller around the time Alan Scott and T. Richard Bailey, who joined the company soon after the Glenville project was done, retired, leaving Heller and a group of senior leaders to continue the mission.

“And that’s when I was able to take my learning, the mentoring, these great leaders that I have followed, that I was able to put a lot of this into motion,” Heller says. 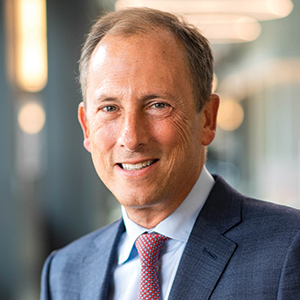 President and CEO, The NRP Group