How to recognize if you have trouble receiving feedback

When business leaders aren’t receptive to feedback, it’s often because they can’t take it.

“They tend to see criticism of something like a business decision as a personal attack,” says Cheryl McMillan, master chair, Vistage Northeast Ohio. “When that happens, they become defensive, the message doesn’t get through to them and they’re unable to apply that opinion to the business.”

This attitude toward feedback can cripple an organization.

“When it’s known that a CEO is sensitive to feedback, it squashes all new ideas and tends to attract employees who are ‘yes’ people, making it difficult to get differing opinions,” says Jeff Semple, area president, FocusCFO. “That can have a negative impact on culture and the ability to attract top talent, which can create major issues for companies.”

Smart Business spoke with McMillan and Semple about the signs that an organization has a problem with feedback and how leaders can become more receptive.

A healthy feedback pipeline doesn’t necessarily have an obvious form, like a suggestion box. In the best cases, healthy feedback is ingrained in the culture and happens all the time. It can show up in typical meetings, whether it’s with a group or an individual. Often just the way it’s delivered can be important — the tone, for instance. In its purest form, it looks like people feeding on each other’s new ideas — so much a part of everything in the culture that it’s seemingly invisible.

Leaders who are receptive to feedback are seen as confident in who they are. They can separate themselves from the idea that’s coming in and tend to think about what within that idea will work versus what won’t work. That’s a significant mindset shift and one that enables a person to take an outside-the-box idea, pull out one nugget and expand on it.

People working with leaders who are more open minded don’t feel intimidated about presenting their thoughts or their feedback because they don’t feel as if they’re putting themselves, or their job, in a precarious position just by expressing their opinion.

What are the signs that someone is not receptive to feedback?

Business leaders should look at how much feedback they’re regularly getting. If nobody is saying anything in meetings or in other work settings, that’s a clue. Watch the body language of those around you when you ask what others think. If people automatically shut down, that’s another clue that there’s an issue with feedback.

How does someone get better at receiving feedback?

The first step is to recognize that any kind of feedback is helpful. That means changing the mindset so criticism isn’t seen as a personal attack but rather information coming in that could help the person as a leader or help the company.

The next step is learning to pick apart any kind of information coming in looking to find what could work. Sometimes a person is too quick to point out what in an idea won’t work. But changing the filter to locate what will work, and being open all the way to the end of the feedback, listening before commenting or asking any questions, can help reset that filter.

For those who discover that they’ve fostered a culture in which employees have learned that their feedback won’t be well received, the CEO has to make it understood that it’s safe to give feedback, that it’s not only welcomed but wanted. It starts with everyday actions — a change of tone in meetings and in casual interactions. It has to be experienced before people are confident that they’re not going to be personally attacked or face negative repercussions because they expressed their opinion.

Because the CEO position has the power to hire and fire a person, the feedback pipeline can easily constrict. Working with a peer group can expose behavior patterns that weren’t otherwise recognized and help business leaders make personal changes that lead to professional gains. ●

INSIGHTS Leadership is brought to you by Vistage Northeast Ohio & FocusCFO 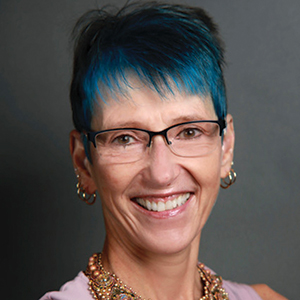 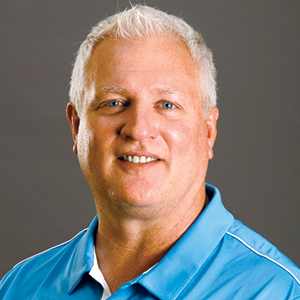