Collaborative cultures start at the top

I recently received a voicemail from a former employee who left the Akron-Canton Regional Foodbank several years ago. We didn’t work closely together during their time here, and I was curious to learn what they wanted.

When I called them back, I was surprised to hear their reflections and appreciation for the collaborative culture of the foodbank in the years since their departure. They characterized their new employer as the opposite of collaborative and hadn’t appreciated the extent to which the mutual support and professional courtesy they experienced here was so uncommon. They were curious, and wanted to know, what cultivates a collaborative culture?

I wasn’t expecting that question, but I immediately knew the answer — everyone can contribute in a work culture that collaborates, but ultimately, it starts at the top.

There are key moments in any job when we first hear a co-worker speak negatively of another individual, department or the organization as a whole. What we do in that moment informs the other person whether we will participate in the destruction of positive potential for collaboration and culture at the organization. If we accept the invitation, we have taken the first step on a path that leads to the dark side.

In countless similar moments, every day at every company, the seeds of an organization that doesn’t collaborate are sewn. Every person at every level can help make their company’s culture better by simply refusing to feed the beast of negativity. But they can only do so much.

The real battle to create a collaborative culture is won or lost at the executive level. Senior leaders within an organization set the tone for collaboration through the behaviors they exhibit and correct. Department heads who don’t like each other and speak poorly of one another will most certainly do that around their people.

The old saying, “We don’t have to like each other, we just have to work together” is, at best, a formula for mediocrity. As CEO, your work is to build a team of effective senior leaders who care for and enjoy one another. The more they like each other, the better their collaborative work will be.

Members of their respective teams will pick up on this and know that negativity toward other leaders and departments isn’t welcome. In this, the seeds of collective potential are born. Of course, a host of other shared values is required to maximize collaborative potential, but the ground floor is simply being generous with encouragement, praise and goodwill toward one another.

CEOs and senior leaders, do you have people on your executive team who refuse to work together? Are you allowing it? Contributing to it? The buck stops with you on this. As I told our former employee on the phone, there is only so much you can do as a member of the line staff. Collaborative cultures start at the top. Do what you can to spread the light but look to your leaders to demand it. ●

Daniel Flowers is President and CEO of Akron-Canton Regional Foodbank 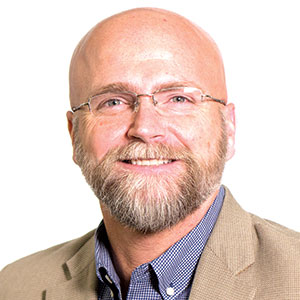