Why some management teams do it better than others

We ultimately judge leaders on their decisions and whether they result in positive or negative outcomes and have staying power. Results can’t be short-lived. This is especially true of strategic decisions, which set a future course, clarify priorities and allocate critical resources. So why are there still so many ill-fated strategies?

Some mistakenly believe that strategy is about outperforming the competition. According to Harvard professor Michael Porter, if you are serving the same customers, meeting the same needs and selling at the same price, you don’t have a strategy. Operational effectiveness involves performing the same activities more effectively than competitors. Strategic positioning is about being unique, having a distinct value proposition and performing different activities than one’s rivals, ones that provide a competitive advantage.

Third, sometimes we are unaware that strategic decisions can become obligations that restrict future choices, making it harder to alter course when circumstances change. The tendency to adopt an inside optimistic view that looks only at the favorable side of a decision eclipses an external view that considers unintended consequences.

To determine how a management team can make better strategic decisions, we conducted strategic decision-making simulations at Case Western Reserve University over several years that involved 36 teams of master’s-level-degreed students and managers who participated in nondegree executive education programs. Teams were presented with a fictitious company and case and asked to resolve 18 decision-making scenarios.

What are the lessons we can apply to real teams? First, recognize there is a difference between operational effectiveness and strategic positioning. Both are essential, but different. Second, clarify an overarching strategic rationale that will guide the decision-making process. Third, work hard at making interdependent choices that reinforce one another rather than treating each new challenge as a separate problem to solve. Finally, recognize that strategic decisions matter, because they can become commitments that bind an organization to a path that restricts future choices. Treat strategic decisions as temporary advantages that will eventually change. ● 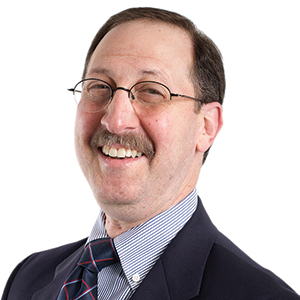