The difference between passive and reactive executive recruiting

Human capital is the true value of any company. However good the product, without good people behind it to move that product and run that organization, its value can’t be sustained.

Given the significant value of human capital, it’s important that companies know how to identify and recruit talent that can grow into leadership roles and help companies take leaps forward, especially in a market that’s competing for talent unlike ever before.

“I’ve been a recruiter for 34 years,” says Action Management Services President Dale Chorba. “This is the busiest we’ve ever been. The war for talent is on.”

Smart Business spoke with Chorba about the difference between passive and reactive recruiting, and which can help companies identify and add leadership talent.

What is proactive recruiting for passive candidates?

Passive recruiting involves identifying and contacting candidates with advancement potential, even those who are currently employed, and talking to them about opportunities within the company. The focus should be on what the next three to five years would look like if the person were to take on a role with the company and how they’ll be positioned to take steps forward until they’re in the C-suite.

These passive candidates might not have an updated resume, but by using digital tools to target candidates who fit their preferences exactly, a company can tell a lot about the candidate’s career progression and potential skill fit. Once contact with the candidate is made, the recruiter can begin to drill down into their history as well as begin to determine if they are a good cultural fit.

What should companies look for in a candidate?

Every company will have its preferences in education, pedigree or profile, experience in businesses of a certain size, public companies or those backed by private equity/privately held. One common thread, however, is forward progression into roles of greater responsibility. That could be someone who moved from Director up to Vice President, for example. However, not all backward steps are concerns. For instance, a person could have taken a step back to go from a top role in a multi-million-dollar company into a lesser role in multi-billion-dollar company.

An aspect that’s hard to detect initially is personality and character, better known as their EQ. Someone might have the resume that fits the job, but their culture fit, delivery and presentation won’t be known until a meeting can be arranged.

What is a reactive search?

Reactive searches are when an organization posts a job description to a job board and wait for candidates to apply. It’s unlikely that a candidate that is being considered for a vice president or C-suite position answers it — it’s been reported that there’s less than a 7 percent chance that an executive would respond to a reactive ad. Potential candidates might not see the value in the effort to apply, and there’s also the risk that their resume lands with someone who knows their direct superior.

How can companies land their desired candidate?

When sharing the story of the opportunity, candidates will often want to know why the position is open. They’ll want to know why the people in the role aren’t in it anymore. What might concern them is high turnover in a position without a reason that makes sense because where there’s smoke, there’s fire. A passive candidate doesn’t want to learn they are going to be looking for a new job in the next couple years because of volatility within the organization. These candidates need to know the whole picture before they want to pursue the opportunity.

In this environment, employers can’t ‘post and pray’ that they find executive-level talent. There’s a need to be more active and extend opportunities to candidates who fit the profile before they’re looking. Top talent, as well as a talent pipeline, is critically important to an organization. This could be the person who is going to bring strategic initiative ideas that could move a business exponentially toward its goals. Don’t wait for a phone call. Be the one to call them. ●

INSIGHTS Recruiting is brought to you by Action Management Services 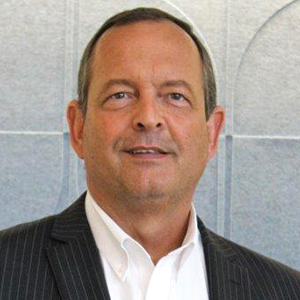 Need to improve your recruiting?