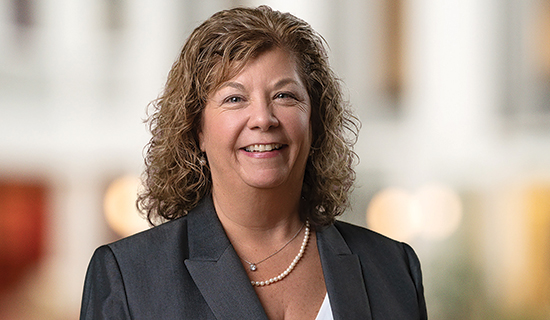 The pandemic was tough on Tobii Dynavox. The developer, manufacturer and distributor of speech-generating devices for people with disabilities relies primarily on face-to-face interactions, visiting with potential users at schools, health care facilities and homes to explain how to operate devices and get users up to speed.

But during the pandemic, facilities were closed, and in-person visitations were either limited or impossible, and that complicated business. Not only did Tobii Dynavox need to make a significant shift from in-person to digital consultations, but its reimbursement model and new client pipeline were both challenged.

Tara Rudnicki, the president of Market Unit North America, says face-to-face communication is necessary for Tobii Dynavox representatives because it makes the user’s need clear and determines how best to support them. However, children with disabilities, for example, couldn’t access product support through schools, a typical support channel, when they closed facilities and went to remote learning. Fortunately, the company had begun establishing an online portal that offers training on its devices.

“Two years prior to that, we really started investing in the learning hub to offer some of those materials that parents could also then go along with their children’s learning,” Rudnicki says. “It was in process, but it was figuring this all out literally overnight — how do we help these kids?”

Tobii Dynavox worked with school systems to connect people to the learning hub, which went from about 30,000 visitors per year to over 185,000 the first year of the pandemic. The online resource proved valuable for parents who suddenly had to provide more caregiving at home. Lacking the training that caregivers within that specialty have, parents came to the hub with questions about how to teach somebody with a disability how to use the communication devices. The company also offered consultations through video communication services.

The online hub and video calls took the place of in-person meetings. But when extra attention was needed, representatives of Tobii Dynavox went to people’s houses and gave guidance through the glass of their storm doors.

Teaching people how to use the devices also had to happen with those in a hospital or hospice. That, Rudnicki says, was a challenge, because when someone is in hospice, it is typically a very difficult stage in their diagnosis. The pandemic made that even more difficult.

“It’s bad enough that you’re dealing with a family member having ALS, as an example, and then all of a sudden anybody coming into their home or bringing them in any place could bring this terrible pandemic to their door,” Rudnicki says. “So that was hard to pivot.”

Rudnicki says the company pulled out the stops because having a device was important so people could communicate, in a lot of cases at the end of their life. When a device couldn’t be delivered, the company created a means to communicate with paper so that basic needs could be conveyed.

“We were hearing people on ventilators not being able to talk to their family,” she says. “For someone who couldn’t say to his dad, ‘I love you. Goodbye,’ we had communication boards that we made very specifically for people who are in ICUs who are cognitive, maybe somebody who was in and out, so that they could communicate with their caregivers and say, ‘I can’t breathe. I need to be suctioned. I need you to call my family. I need you to call a priest or a religious person,’ because they knew where they were. And we sent that to all the New York and Boston hospitals, and we know that they were used a lot.”

Not only did the pandemic make learning the devices a challenge, it made getting a diagnosis, something necessary for insurance or other programs to cover the cost of the devices Tobii Dynavox sells, difficult. A speech language pathologist’s report is needed for the company to be reimbursed, which can only be done if the speech language pathologist (SLP) meets with the patient face to face. Then there must be a note from a doctor within six months of the SLP meeting, which also must be face to face.

SLPs and doctors, because of their close relationship with Tobii Dynavox, would ask the company to loan their patient a device even before a diagnosis was officially given. Rudnicki says that, in a lot of cases, the company did that without a commitment.

“In a normal situation, we would do a short-term loaner and then we would come back and they would probably have a rental into a longer-term loaner,” she says. “We didn’t do any of that. If an SLP said, ‘I think I have an ALS patient. We’re getting the doctor. Can you get a loaner out?’ We got the loaner out. Then we would go through the process.”

The loaner devices the company provided were a bridge in that critical gap until an in-person visit could take place. But in some cases, the patient passed away before that could happen.

“We never knew what the outcome, business-wise, was going to be,” she says. “But it was more important to help these patients while they were in this because we didn’t know how long it was going to be.”

Complicating reimbursement was that when governments implemented emergency shutdowns, Tobii Dynavox’s services couldn’t get covered. Virtual doctors’ appointments became reimbursable, but SLP appointments did not. So, the company worked with Congress and industry stakeholders to get the federal government to change its position on reimbursement for virtual SLP visits. After nearly a year, Congress added virtual speech and language pathology services as a covered expense. That enabled devices to be covered and diagnoses to restart, but some people still got overlooked in that gap.

“We don’t know how many people we lost,” Rudnicki says. “We know that there were significant numbers. We hear from the doctors. We hear from the SLPs. We hear from family members. It really helped once we got the government to do the virtual, but we didn’t let that stop us, nor did, I don’t believe, anybody in this industry allow it to stop them.”

Not about a paycheck

Extending loaners with no guarantee of repayment or progress to a diagnosis — essentially disrupting its reimbursement model for a period — might not have been good for the business financially, but the positive impact it had on the company’s culture helped it get through.

Rudnicki says Tobii Dynavox has been fortunate through the labor challenges. There was some turnover, but it remains significantly low in comparison to industry averages.

“As we grow in our expansion, we’ve been bringing on great people,” many of whom have been the company’s customers, Rudnicki says. “For example, SLPs, OTs, PTs that have worked with us, that see what we do, that want to be part of this company.”

She says the company’s culture is different because of the emphasis on doing the right thing for the customer and making a difference in someone’s life.

“If it’s about a paycheck, they usually don’t stick around, or they turn very quickly,” Rudnicki says. “Those aren’t the people that we employ. We employ people who want to be here, that push each other to be better.”

To make the organizational adaptation required in a market turned upside down by the pandemic, internal communications had to change. Tobii Dynavox leveraged digital enterprise communication software to stay in contact, and communication became less written and more verbal.

“You had to be there. You had to pick up a phone,” Rudnicki says. “We literally talked to our remote team once a day. It was a stand-up meeting that we would call — anybody can come in. We talked about some of the really cool things we were doing, some of the things that were scary, frustrating, some of the bad situations we were in. How could we help a school system? How can we help this person?”

The company also put together game nights, pitting one team against another, because doing so got people communicating. It was fun, while also showing the importance of keeping lines open.

Also, Tobii Dynavox put a focus on steering groups and processes to make decisions and communicate them among departments when it wasn’t possible to walk across a room and talk with people involved. It also documented the decisions that were made so everyone had access to them internally at a single point, which could be shared on platforms across groups.

Rudnicki says that before the pandemic, the company would have believed it was a great communicator.

“And what you learned really quick through the pandemic is, if you weren’t a good communicator, you knew it,” she says. “So, we made a lot of changes internally. We still struggle because we have different people in different places, but that is one of our No. 1 things that continues, two years later, to be top of the list.”

Rudnicki began her career as a bookkeeper at Assistive Technology Inc., eventually rising to its president and leading its acquisition by Tobii in 2008. She then led the acquisition of Dynavox, which became Tobii Dynavox and is now a publicly traded company. She says the recent move to go public will give the company more flexibility, while still being able to tap into the expertise of its former parent company.

Among the company’s strategic initiatives is to increase sales and create a better base of awareness in the market to reach those who need the company’s devices. Tobii Dynavox is also looking to grow its team of solution consultants, as well as its North America presence through its Pittsburgh office.

“I’m very proud. I never ever thought going from ATI in Boston with 43 employees to where we are and going public,” Rudnicki says. “To see our growth is just really inspiring for me.” ● 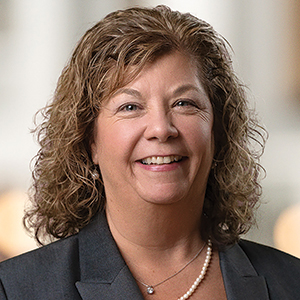