For many on the East and West coasts, it is as if the Midwest has little or nothing to offer — a vast wasteland of economic and intellectual mediocrity — hence the cartoon depictions of the Midwest as a fly-over zone.

Yet, things have been steadily changing, both in Ohio and other places in the center of our nation. Gov. Mike DeWine’s recent announcement that Intel would be building a $20 billion chip facility in the Columbus area is a big steps in this direction. Here is how Richard Florida and David J. Adams characterized Intel’s announcement: “The plan points to a broad shift away from the country’s predominantly bicoastal tech economy … ” (“Goodbye to the Days of the ‘Rust Belt’” (Op Ed, Wall Street Journal, Jan. 27, 2022). And Intel’s CEO Pat Gilsinger said, “We helped to establish the Silicon Valley, now we’re going to do the Silicon Heartland.”

In Ohio, we have long witnessed the ongoing progress of the health care industry, as exemplified by the growth of the Cleveland Clinic and University Hospitals, and of the polymer industry, with the growth of thousands of companies in Akron and Northeast Ohio and The University of Akron’s polymer program. Akron’s historic role in the rubber industry once made it the Rubber Capital of the World, and today, Northeast Ohio has become the Polymer Capital of the World.

Still, Midwestern modesty — and perhaps a bit of an inferiority complex — has kept Ohio and other places hiding their light under a bushel. One of the things that attracted me to The University of Akron was its polymer program. It is somewhat surprising to find such a world-class program in a regional state university. Indeed, high global recognition and a patent productivity per million dollars of research funding that is in the top one to five nationally are generally not found outside of very large research universities.

Acknowledgment of the university’s strength in polymers is widespread, ranging from comments by Richard Lester at MIT, to highlights in analyses of regional strengths around the country and the world, including those by Antoine van Agtmael in his and Fred Bakker’s book, “The Smartest Places on Earth: Why Rustbelts are the Emerging Hot Spots of Global Innovation.”

Unique concentrations of talent, such as those in polymers and health care in Northeast Ohio, become magnets for further talent attraction, and therefore, for additional opportunities for innovation and growth. That is what the Council on Competitiveness has called “Clusters of Innovation,” and it speaks to yet other opportunities to leverage Midwestern regional strengths.

When companies such as Intel recognize that U.S. regions between the coasts can create benefits for their overall competitive advantage, the national economy benefits as a whole, and regional niche strengths become more widely known. What is more, other Midwestern traits, such as a strong work ethic, contribute further to the strength and resiliency of the economy.

We are seeing more and more companies seeking to relocate in whole or in part to noncoastal U.S. areas. For example, the flight of several California companies to the Austin, Texas, area has featured prominently in the news. For many, it is because of a better business climate, but for others, it is because of regional strengths that align with their business.

Ohio would do well to leverage the Intel announcement by revisiting its regional strengths and marketing them directly to companies that align well with the state’s already strong clusters of innovation. ●

Luis M. Proenza is president emeritus of The University of Akron 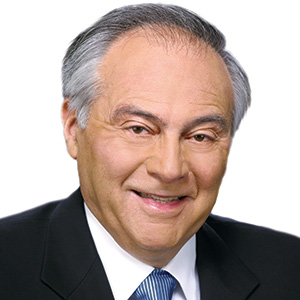