Mitchell Grindley directs Plaskolite through a string of acquisitions 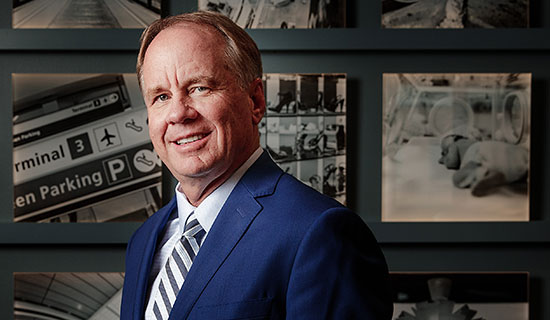 Plaskolite LLC has done three acquisitions since January, doubling its employee count to about 1,200 people. While the company is experienced with dealmaking — more than 15 acquisitions over the past decade — this year’s activity has taken the pace to another level.

“We are drinking from a fire hose right now,” says Mitchell Grindley, president and CEO.

Plaskolite is the largest privately owned North American manufacturer of acrylic sheet products. Grindley says the strategy is to acquire companies that add to what Plaskolite does.
“We try not to get into new areas we don’t know much about; try to stay to our knitting,” he says.

Plaskolite is a sizable company, but not compared to its competitors — some of which are $3 billion corporations. Therefore, it remains nimble. Many of those chemical manufacturers want to get back to what they do well, which is making chemical products. Hence, the carveouts that Plaskolite has taken advantage of.

“We try to build our basket with products that our customers need … and we try to be the one-stop shop for them. Again, playing on the big guys’ weaknesses. They only want to deal with their product, the one product. We invest and buy companies where we fill the basket and the distributor can buy the products and combine what they need,” Grindley says.
Each acquisition is a little different, but the blocking and tackling are the same, he says. If you know your numbers, invest time bringing the workforce into your culture and ensure a smooth transition of the systems, you have a good chance of success.

Sometimes, though, the timing is out of your control.

Plaskolite didn’t expect to do three acquisitions so quickly.

Early in the year, Plaskolite acquired the lighting sheet business of Rotuba Extruders Inc. Less than six months later, it added the company’s profile lighting business, too, as part of an aggressive strategy to acquire the largest profile manufacturer in North America.

Plaskolite has always been the largest producer of prismatic lighting panels, Grindley says. But the growth of LED lighting is shrinking the need for those panels.

“We could see that the product wasn’t going to go away right away, the prismatic, but we had a hole to fill,” he says.

The approach, then, was to find a profile manufacturer to fill that weakness. That way when a lighting manufacturer called, the company had both products. Rotuba proved to be the answer.
The acquisition of Lucite International Inc. was a carveout that was initiated when Mitsubishi Chemical Corp. called about divesting its sheet business. Lucite makes acrylic sheets that are used for bathtubs, developing a product that has a higher molecular weight and can deal with harsher chemicals.

The third acquisition, the polycarbonate sheet manufacturing business of Covestro, was another carveout. But Grindley says they put out feelers first, in case the German headquarters wanted to sell the Pittsburgh business, which does $170 million in annual sales.

“We were patient, and it took a year and a half and then we got the phone call that they’d like to look into divesting the business,” he says.

When Covestro called, Plaskolite was still working on the Lucite and profile deals. But this would be the first time that distributors could buy polycarbonate and acrylic sheets together. Grindley says they saw it as a game changer, regardless of the timing.

“It depends on the opportunity, but you can’t always decide how to space them out,” he says.

While multiples are high in today’s deal market, Plaskolite is the obvious buyer as corporations leave the sheet business, so it hasn’t had to overpay. Grindley says they aren’t competing against a lot of buyers, and they try to be patient with a long-term outlook.

“The hardest thing to do is say no,” he says. “We have said no and when we look back on it, that sometimes is the best thing that’s ever happened to Plaskolite. It’s the best decision. It would’ve been very easy to say yes because we all want to grow.” 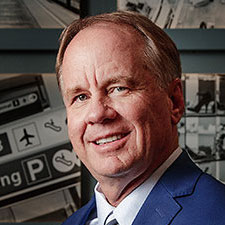