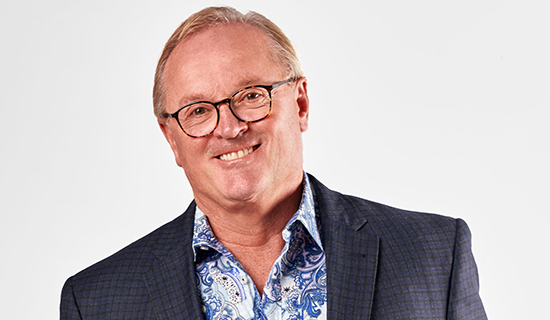 Many years ago, Trevor Boyce, chairman and CEO of Microbac Laboratories Inc., went on a customer call.

He’s done a lot of selling and customer visits throughout his time working for the family business that his father started in the 1960s, but this one stuck with him.

The customer told him that laboratories, like the testing and measurement firm that serves clients in the environmental, life sciences and food markets, are like dentists. “He said, ‘We really don’t want to use you, but we have to use you.’ And I went away from that thinking, ‘Oh my goodness, we have to present ourselves better than that,’” Boyce says.

He couldn’t argue that dealing with many testing laboratories was viewed as a terrible experience that must be gotten through. They don’t emphasize how they help someone perform better and be safer.

“And that’s really the more enjoyable pitch,” he says. “The change from being the dentists of industry — I’m sorry to all the dentists of the world, but it’s the facts — to being something of the knight in shining armor.”

Microbac has recently put resources into revamping the company’s presentation, internally and externally, through digital marketing. The results have created both a financial and emotional return that Boyce knows his competitors are looking to copy.

It has humble beginnings, though. Soon after he arrived in America, would-be entrepreneur A. Warne Boyce founded Microbac with the purchase of a dairy products laboratory in Pittsburgh when he couldn’t find an environmental laboratory for sale.

“His development was essentially running around Western Pennsylvania looking to make friends with other owners of small laboratories,” Boyce says. “They would call him when they were ready to retire and they would work out a deal very similar to how we got started. This was how we grew.”

Boyce follows a similar growth model today. The deals are bigger, and they are no longer limited to Pennsylvania, but that’s how Microbac got into different sciences, such as, virology, where it’s worked with COVID-19 and its variants.

In the meantime, Boyce’s daughter, Alexandra, worked for many years modeling, while going to school and later starting her own business.

“If you understand the modeling world — to survive in it, to be successful, particularly in California and probably New York, as well, you can’t just be another pretty face,” Boyce says. “There are lots and lots of pretty faces out there. What you have to do is to know how to market yourself.”

Boyce watched his daughter develop a social media reputation as an influencer. He asked her to take the success she’d had and apply it to the laboratory world.

“I said, ‘Alexandra, we have a problem in the laboratory community at large, but also in Microbac, in that we paint ourselves as being such a dull, dark and dreary service sector,’” he says. “We’re really not.”

Putting resources into marketing without a clear ROI upfront didn’t happen without some pushback. But Boyce says that’s where he came in.

“I’ve never been afraid to take a shot at something,” he says. “I am not afraid of failure at all, and that may separate me from the pack. I have always been willing to take a risk, if I have a vision of what the possibilities are.”

Over the years, he’s bought many laboratories, and others have told him he was crazy to do so. However, there was something about that laboratory that he really liked, and very often those acquisitions worked out beautifully.

“I would admit that some of them have not, but I’m not worried about failure,” Boyce says. “Everything you do you learn from and you apply it next time around, and you win the next time.”

It’s also important to get out of your wheelhouse in order to see opportunities like a laboratory acquisition or better marketing, and recognize your weaknesses, he says.

One of the reasons the laboratory world painted itself into a corner as the dentists of industry is the people who run those kinds of businesses often are scientists, Boyce says. Scientists aren’t trained to be colorful and creative. They are trained to be factual and data driven. They have to find people who are experts in presentation.

“I got lucky because my daughter was a model and that was her world,” he says. “My good fortune was that I had the experience of being able to ask her, ‘How would you take what you know out there and apply it to our world?’”

Boyce also recognizes the old rules still apply. Laboratories are detail-orientated businesses that require a certain level of micromanaging. Leaders need to take a 60,000-foot view sometimes, but contrary to what’s taught in many business schools, it also means getting back into the grass.

That’s where Boyce’s youngest son, Grayson, comes in. He’s running three Microbac laboratories in a way that reminds Boyce of his father.

“Some of the old laboratory rules still apply,” he says. “We mustn’t forget those, while we’re experimenting with this new cool stuff of digital experience and social media.”

Microbac’s repositioning started with the low-hanging fruit, Boyce says. That required improving the firm’s presentation on its web page, creating an excellent blog site, getting into webinars and podcasts, and presenting itself with videography.

It grabbed onto the pieces of science expertise in the company and blasted them to the outside world in an interesting way.

For instance, Microbac’s work with COVID-19 has a world-class reputation, so the company had its scientists speak about that work to the wider world. He says there’s tremendous public interest in how scientists handle a live, dangerous virus in moon-suit-type safety apparel.

To a large degree, Boyce gave his daughter and her team free license, just checking in on the whole experience. And in some cases, the results were better than he expected.

“We spent a fair bit of money on Google ads last year,” Boyce says. “Had we played cautious, we probably wouldn’t have done that. But we’ve had an 18 times ROI on our Google ads, and who would have ever thought that in the commercial laboratory world?

“So, guess what, we’re doing this year? We’re spending more money on Google ads. Even more money than we did last year. You give me an 18 times ROI, I’m all ears.”

Boyce hasn’t noticed any real failures with their marketing, even if they have gotten varying levels of return. He says that just means they adjust where to put more resources.

“Emails have not produced as much success as I thought they would, in comparison to Google ads,” he says. “And that allows us to refine that. You’re going to see a lot less dollars spent on those email-type blasts and a whole lot more money on Google ads and other things that were successful.”

But the biggest lesson is that businesses today just cannot afford to ignore presentation and marketing, Boyce says. You have to play ball in that arena. It doesn’t just help drive new business; it’s critical for recruiting.

For example, when someone from Generation Z is looking for a job, they often Google search. Boyce recently heard that a company has 1.3 seconds to attract their interest before they click and go on to the next company.

That’s one of the things Microbac has changed. It has taken steps to quickly capture the potential hire’s interest.

Existing employees also have benefitted from the changes.

“We have spent a lot of money upgrading our facilities. Because it doesn’t look good when you have this very attractive information going out into the marketplace and you have some dreary laboratory,” he says.

That, coupled with internal marketing and better communication, has generated excitement. While Microbac has always had a good culture with its family atmosphere, Boyce says it’s at a whole new level today.

When he sent out year-end bonuses, he received more positive feedback than usual.

“I had my email inbox, literally, inundated with emails from hundreds of our employees,” he says. “It’s been quite an emotional experience, actually.”

Boyce himself is reinvigorated about Microbac’s work. That’s not due so much to better communication and marketing, but to having his children involved in the company.

“Having them in the business is a breath of fresh air for me,” he says. “I’m loving that. And although I get emails from companies wanting to buy Microbac almost on a daily basis, I’m happy to report the company’s not for sale.” ● 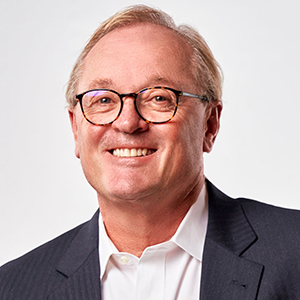