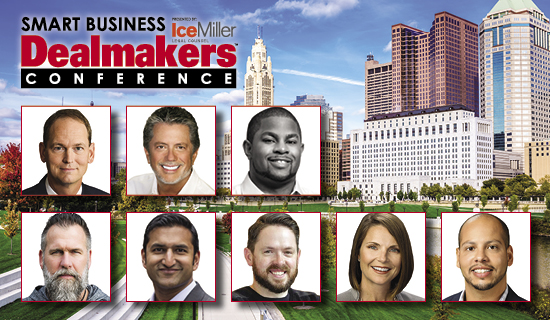 Dealmakers we’ve talked to all agree that M&A activity is as high as it’s ever been. According to PitchBook’s Q2 Global M&A report, through the first half of the year, 17,808 deals have closed at a combined value of $2 trillion.
That’s already nearly 70 percent of the 25,828 total deals closed in 2020. If this pace continues, 2021 activity could exceed the 10-year high set in 2015 of 31,721 deals closed. It’s exciting, but it’s a lot of work. Professional service firms that operate in the M&A world are extremely busy right now, says Robert Ouellette, a partner in the Business Group at Ice Miller. That’s creating bottlenecks and extending deal timelines, and it’s possible the market has not yet seen peak activity.

“As the year ticks along here, there’s an increasing anxiety as to what the end of the year is going to look like in terms of workload and the ability to (get) results for clients,” Ouellette says. “No matter how busy you are now, I think the expectation is it’s going to be a lot busier after Labor Day.”
Companies that want to do a process in 2021 need to start right now because it’s going to be four to five months to get it going, he says. It’s such a tight window that any little hiccup along the way is likely going to push a deal into next year.
“If you’re seriously considering selling your business in the next couple years, this is the time to do it,” Ouellette says. “If you’re not committed to it, I would step out and let this process go by because it is distracting and time-consuming. Ultimately, it is not time to test the waters. If you’re in it, go for it. If you’re not, just step out of the way.”
Hugh Cathey, chairman and CEO of ChromoCare, is seeing more competition for deals among buyers, driven in part by the underlying uncertainty in the market.

“Deals require more scrutiny because of circumstances out of our control, such as coronavirus, such as increased regulatory impact, increased foreign trade problems,” Cathey says. “When things get challenging, then you have to spread your net wider to find the companies that you could put into your portfolio. Therefore, you’re just looking at more deals. And by more people looking at more deals, it tends to increase the competitiveness out there.”
Matthew Orr, director at Stonehenge Capital, which provides growth capital to smaller companies in overlooked communities, is seeing a lot of activity in this sector on the mergers and acquisition side.
“Since money has been plentiful and fairly cheap, if there’s a way to grow inorganically through acquisition, there are many companies considering that and trying to go after companies that could be additive to their business,” Orr says. “We’re not finding a lot of companies that are pushing really hard just to get capital to grow incrementally — 10 percent to 20 percent. Because they are still flush with cash, they can plan out the next 12 to 18 months just with that cash.”

Orr says whether it’s a financial sponsor, independent sponsor, a current company that wants to buy a company that’s complementary or it’s two companies that think they can go after bigger bids and RFPs if they merge, it’s inorganic that’s driving the financial need.
With the high level of activity and increased competition for deals, it would seem safe to assume that CEOs and business owners would be excited about the chance to sell for a high price. But that’s not necessarily the case.
“Most of the folks are apprehensive because they’re getting many phone calls,” Perry Maughmer, Vistage Columbus chair, says. “They’re getting phone calls sometimes weekly. And so when anything happens like that, then everybody’s shields go up, because it’s too good to be true.”

Talk of higher-than-typical valuations doesn’t seem to be all that tempting. According to Maughmer, an owner’s biggest concern is usually what happens after they sell — and not necessarily for themselves, but for their people. That’s led many to contemplate a form of exit that protects their employees, such as an ESOP.
“Their real fear is somebody’s going to buy the business and then an adverse impact will happen to the folks on their team,” Maughmer says. “And that really is what’s holding them up. The money is important. But even if that hurdle is met, this is still a pretty prominent concern of theirs.”

On the early stage side, Navin Goyal, CEO and co-founder of LOUD Capital, has the sense that people are a bit more open to investing in new deal flow than they were this past year, when the tendency was to invest in entrepreneurs and companies with whom there was an existing relationship.

“We see a lot of activity still in the later stages of the entrepreneurial journey — Series A, Series B — those are a kind of going crazy in the amount of investments,” Goyal says. “But the early stage, or I should say the newer companies in the early stage realm, are being looked upon probably more than 2020.”
This past year was a stress test for early stage companies, causing many to operate leaner, whether that was by reducing their headcount or altering the way they do business or marketing, something Goyal expects will carry into 2021.
However, he says the venture world is going crazy, with a lot of money being pumped in, something Will Zell, CEO of Zell Capital and executive chairman of Nikola Labs, is also seeing.
“There are record amounts of capital that are being invested by institutions into venture capital and record numbers of startups that are raising capital,” Zell says. “And we’ve seen that here in Central Ohio if you look at the venture capital rounds that have been closed over the course of 2021 so far. It’s very much a dynamic time in venture capital.”
While that’s good, he says such a trend can create its own risks, as some may be starting to invest at what could be the top of the market. Still, Zell says the venture world could be characterized by exuberance.

“You’re seeing venture capitalists writing more checks and with greater speed and higher conviction,” Zell says. “And then you have players such as Tiger Global who have come in from upstream and are bringing billions of dollars into venture capital and pre-empting financing rounds. So it is getting significantly competitive at the growth stage. And that’s going to create an interesting dynamic around how traditional growth VCs, whether or not they move even further downstream to early stage. But there are significant amounts of exuberance, a lot of capital in the space right now, and very competitive and quick times to close funding rounds.”
Diversity and equity in funding are also being watched more closely at the investor level. Goyal says LGBTQ+ communities, women founders and people of many colors in Ohio and around the world need more attention. LOUD has addressed that need by launching a Pride fund for investing in LGBTQ+ founders or companies that are directly supporting and uplifting that community. The response, Goyal says, put a spotlight on how many communities are being overlooked in the venture space.
At the board level, Zell says one of the more pressing and important trends is diversity and ensuring that as an organization goes from a start-up to a growth organization, diverse influence and representation are brought in at the director level.

Some of the macro concerns these dealmakers have are inflation, potential tax and interest rate changes and supply chain vulnerability. But chief among them is labor. Cathey says this is having an effect on how investors view potential targets.
“Smart investors are looking at companies and saying, ‘You’ve got 25 employees, they’re all great people and all that, what are you doing to make sure that you are keeping them happy, satisfied and in the boat with you?” he says.
Orr says labor is a front-and-center conversation with every founder, every entrepreneur, and every financial sponsor and investor.
“Because you think you’re underwriting a margin profile of X, and if, over 18 months, that labor wage needs to increase 15, 20, 30 percent, but that company has no pricing power, well that’s a drastically and materially different business,” Orr says. “So, we’re having to be very cautious on all the companies that have labor pools that are most affected by the labor shortage. And we’re seeing it at the more unskilled and skilled blue-collar jobs, where it has the biggest impact — so manufacturers, drivers and transportation, construction, restaurants — all of those types of industries have really seen a lot of turbulence in their business because of the labor issue. Even if they’re great operators and typically had loyal employees, it’s just been a whirlwind and a roller coaster of a ride for them because of the labor inconsistency.”
However, Ouellette says the labor issues likely aren’t affecting valuations at the moment. There is concern, though, that the workforce won’t rebound quickly once government subsidies stop, and that is going to make business owners nervous.

“Because if you can’t add employees, obviously you can’t add margin, and that’s going to drive valuations to the end of this year and into next year,” he says.
Catherine Strauss, the Columbus office managing partner at Ice Miller, says labor concerns aren’t just with the hourly workforce.
“As it relates to deals, C-suite executives in industries that were winners during COVID — the food space, for example — they are ripe to take somebody from another industry that failed or is failing,” Strauss says. “Those industries are

struggling to retain their C-suite professional and executive talent. And they don’t have a colorable argument to compete with the industries that were the COVID successes. So it’s really much broader than just the hourly workers.”
Reese Fields, founder of Columbus Area Family Exchange, says that while there was hope that the vaccines would bring an end to the pandemic, the rise of the Delta variant has created a looming concern.
“What happens if there’s another COVID in the future?” says Fields. “There’s just been so much uncertainty. I think on every buyer’s mind is, can they get the product made and delivered? Are we going to go into a higher price situation, where now there’s a reduction of quantity of what this company that I’m buying is going to be selling because of trying to find workers and get everything delivered?”
He says that creates uncertainty, which makes people hesitate.