Josh Pickus leads Net Health into the future of work 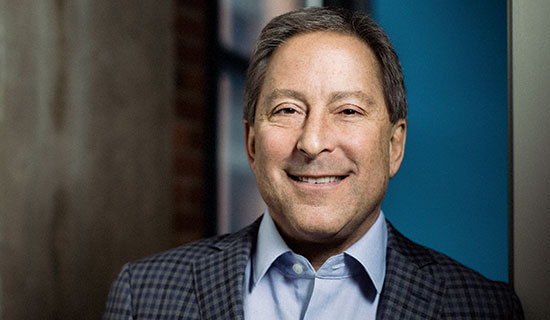 Staying ahead of the curve isn’t something that is just nice to do. It’s vital, and Net Health is no different.

Since he became CEO in January 2020, Josh Pickus has guided the health care software business through two major changes. He helped Net Health transform into a work-from-anywhere company and started the journey to put analytics front and center.

“I don’t think any of us who are in business have a choice,” Pickus says. “If we don’t embrace that that’s the way the world is going, the risk of extinction is high.”

It’s also part of Pickus’ leadership style and the culture of Net Health to go boldly into the future. For example, closing all offices and allowing people to permanently work from home happened all at once in spring 2020.

“We don’t fool around. Sometimes wrong, but never in doubt,” he says.

You have to reach for the future, Pickus says. Resistance only needlessly delays things.

“When I look at companies that are desperately trying to cling to their offices, or you’ve got to be there three days a week, they just don’t understand that that’s over,” he says.

If you embrace change, you often find it inconceivable to go back, he says.

Think about it as an opportunity first. Net Health doesn’t do everything the same way without offices. The change was a chance to create the environment and culture that would most attract, retain and energize the workforce.

“If you look at it that way, you will get to the right answers,” Pickus says. “If what you think you’re doing is just getting rid of office space, it won’t work for you. You have to go in there with a particular attitude, and then those particulars will vary company to company.”

Pickus joined Net Health in July 2019 when it bought Optima Healthcare Solutions, the company he was running. For six months, he helped integrate the two entities.

The former CEO was interested in transitioning over to executive chairman. So, in the latter stages of the transaction, the board approached Pickus about leading the combined entity.

Not long into his tenure, however, Net Health was confronted with the pandemic.

Net Health ended up closing all but its Pittsburgh’s Strip District office, which functions as more of a conference center.

“We’ve gone truly forever work-from-anywhere and we’ve really embraced that,” Pickus says. “A lot of companies approached it as, we’re going to do what we need to do during the pandemic. You’ve seen some of the Wall Street firms struggling to say, ‘Well, now you have to come back.’ We went the opposite direction and we said, ‘This is an opportunity to do something really new and different and appealing.’”

The move wasn’t motivated by economics. It’s a way to offer employees flexibility and freedom, while allowing Net Health to more easily recruit.

“We felt that, No. 1, the workplace is changing. People have different expectations, and a lot of the you-have-to-be-in-an-office stuff is going away. So why don’t we embrace that and make it a virtue?” he says.

Looking back, Pickus says it’s hard to remember when Net Health could only hire in roughly 11 places.

“It was a decision driven by, ‘What do we want our workforce to look like? How do we get and keep the best people?’” he says. “And this struck us as a unique benefit that we could create for both existing and prospective employees.”

While the pandemic accelerated Net Health into the decision faster, Pickus, who lives in Park City, Utah, believes they would have gotten to the same place over the course of a decade or so anyway. That doesn’t mean it didn’t take intentional effort and a reconstruction of the culture.

One surprisingly powerful thing, which took work to accomplish, has been encouraging employees to turn on their camera, he says.

“I went through a period where I would show up in a baseball cap that very much was intended to signal I have not showered today,” Pickus says, adding that any time a cat wanders across the keyboard, he calls attention to it in a positive way.

“You have to encourage employees that this isn’t the office at home, and therefore you turn your camera on when you put a suit on or a nice shirt. This is just your home. It’s real,” he says. “And the hidden benefit in that little detail is that you get to know your co-workers in ways that are so much more intimate than you ever would have. It makes you more connected and it makes you a better teammate.”

“We, myself, the HR department, do everything we can to encourage them, including giving them some funding, but we don’t mandate them and we don’t create them. It has to emerge organically,” Pickus says.

A working mother in Bend, Oregon, and a working mother in Altoona, Pennsylvania, are connecting in ways they wouldn’t have before. It’s not a matter of this person just happens to be in the cubicle next to you, he says.

The groups can meet whenever they want because Pickus isn’t trying to watch his employees. He trusts that they will get things done and believes the freedom will empower them.

Another connection point has been an event that’s a mash-up between a corporate awards ceremony and a TED conference. Pickus says at the most recent one, an employee spoke about her experience with alcohol and drug addiction. It took incredible trust on her part, which is something Net Health’s leadership encourages.

Pickus says the most amazing thing was, unbeknownst to him or HR, people formed an employee resources group on their Slack channel for those in recovery who wanted to talk.

“When I see that kind of thing happening in a company that is all remote, I’m really confident this is working,” he says. “It certainly wasn’t happening when we had people with offices.”

However, Pickus knows there are still challenges to be solved with this work model, such as ensuring young hires make connections, get mentored and set up networks.

Net Health hasn’t just changed where it works. It’s transforming how it works.

The company takes care of the electronic documentation and workflow of its health care provider clients, but it also wants to use its data to drive better outcomes and business results.

That might mean predicting residents with the biggest fall risk in a rehabilitation facility or pinpointing a concerning drop in a wound’s rate of progress.

Pickus estimates Net Health is only in the second or third inning of this transformation, but he expects it will double or triple the business’s revenue.
Health care software is very much replicating what’s happened in other industries, like gambling, he says. A casino knows what games you played and how much you lost. Based on that, it can decide what kind of free room to comp you.

“Every industry now — because of the power of the way in which computing power has increased and the cost of data storage has decreased — is becoming dominated by data,” Pickus says.

“All we’re doing is applying that overall theory to our business and how we can help our customers in new ways. We don’t want to give away free room nights, but we do want wound care clinicians to have access to information about which course of treatment is most likely to heal that patient.”

However, this is a time when changing too fast isn’t as helpful. Health care providers don’t yet utilize a value-based care system. It’s still a fee-for-service world, where telling providers to do fewer procedures causes them to lose money.

“We have to provide solutions for them that help them now and in the future,” he says, adding that gaining clarity around this issue has been a good lesson.

However, Pickus, again, believes the greater risk is standing pat in the face of the future.

“The risk is not doing it,” he says. “If you don’t do it, you will be road kill. The risk isn’t that you might get into it and struggle a little bit — everybody does.” 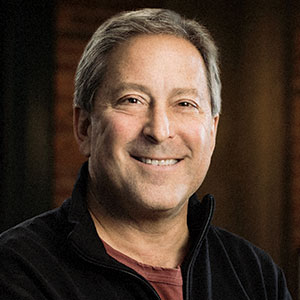