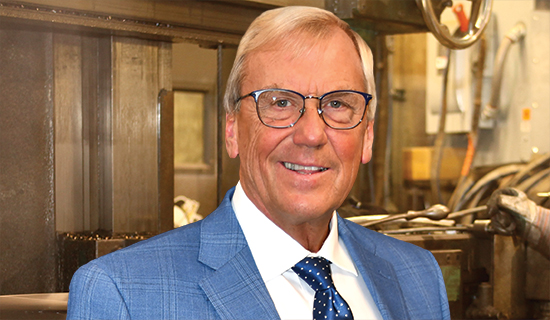 Irwin Car and Equipment had been in operation for more than 100 years when William Baker agreed to buy the company in 1993. And only then did it finally begin to reach its true potential.

At the time, the business had half a dozen employees, no accounting or engineering system and did less than $1 million in business per year, primarily making wheels and specialty cars for the industrial market. Baker came aboard with a plan to take the company to $20 million in sales within three years, and his new employees thought he was crazy.

“I had the vision of where I thought the growth would be,” Baker says, “based on where some markets would be.”

Not only did the Irwin, Pennsylvania-based company reach Baker’s initial goal of $20 million within three years, but Irwin Car has nearly quadrupled that number since then and employs more than 200 people.

That’s staggering growth, considering Irwin Car got its start in 1891 as a manufacturer of mine cars for an industry that has since disintegrated.

“Today, we have 10 business units and sell to about 29 markets,” Baker says. “And we haven’t made one mine car.”

So in the 69-year-old Baker, there is a story to be told and knowledge to be gained about how to realize the full potential of a business by observing the market, listening to customers and, ultimately, trusting your gut.

Before he was approached about purchasing Irwin Car, Baker had a background in building companies.

Born in Pittsburgh, he earned a degree in management and economics from Westminster College and a master’s degree in business administration from the University of Toledo. Once out of college in the 1970s, he joined Midland Ross, a global diversified manufacturer doing $1.2 billion in annual sales.

Baker was put on a fast-track management program and, over the course of a 13-year tenure with Midland Ross, learned about business strategies, risk-tolerance and how to grow.

“I came up through the company and had some great mentors and great training along the way,” Baker says. “I had been involved in some acquisitions and had been responsible for a business unit that took a business from about $20 million to $100 million in that timeframe. Eventually, at the end of those 13 years, I was one of four guys that took a $400 million business private. So I had that background of building and that knack for having a vision.”

“We put it in a bag, shook it up, turned it upside down,” he says, “and came out with a whole different company.”

That’s a process Baker would repeat with Irwin Car. He got to know the company first working with it as a product supplier in the 1980s.

“I liked the core business, which was a little wheel business where they made wheels for the industrial market,” Baker says. “But it was very, very small.”

In the summer of 1993, Irwin Car’s 62-year-old owner was dealing with health issues and looking to sell the business. He approached Baker about the opportunity, and the light bulb went off for Baker yet again. You could say he literally reinvented the wheel. Or at least, Irwin Car’s approach to the wheel.

On and on this went. Clearly, the wheels were turning in Baker’s brain. So he agreed to buy the company and set about a bold plan that has only become bolder with time.

Baker took over Irwin Car with a vision, and he wanted to find people to work with him who shared that vision. In the nearly 30 years since he has bought the company, he has personally interviewed all but one person who was hired by the company.

“A welder down in our Big Rock, Virginia, facility,” he says. “It’s about a seven-hour drive, and I couldn’t be there that day.”

Other than that, Irwin has perfect interview attendance. And he makes it clear to those who work for him and for his business that he has a vision for the company.

“I explain to them the philosophy of where the company is, where the company’s going and what my expectations are,” he says. “So there are no surprises when they come to our workforce. And that’s worked very well, because we’ve had very good loyalty and long-term employees. That’s been very, very neat.”

This communication extends to the marketplace. Baker doesn’t just hire people to execute his vision. He believes in the importance of being present in the marketplace, accompanying salespeople on visits with customers and ensuring that he has a feel for what is happening and what products may be up and coming in the business.

“I’m very active with our customers,” he says. “And because of that, we can identify some opportunities that are out there and the direction that the markets are going. A lot of people don’t care about that. They say, ‘We’re going to do what we do, and that’s the way it is.’ But I think to grow your business, it’s important to be aware of what your customers’ needs are and to be able to satisfy them from a quality and delivery standpoint and be responsible.”

This approach has allowed Baker to take that initial vision of how to expand Irwin Car’s product lines and continue to adapt to an ever-changing market.

Building on a niche business strategy, Irwin Car has made several product line acquisitions and expanded to 10 business units operating in nearly 30 markets. Irwin has made wheels for everything from the NASA launch pad to the Hubble Telescope Observatory to the the Seattle Mariners’ baseball roof. The company designs, manufactures and repairs heavy-duty handling equipment for a wide range of mine and industrial applications, including furnace cars, wheel assemblies, crane wheels, and scale and transfer cars.

Baker has never been afraid to invest in Irwin’s potential, even in broader market downturns. During the recession from 2007-09, Irwin Car invested millions of dollars into its manufacturing facilities. That might paint Baker as a bit of a risk-taker, but he rejects that label.

“Let’s call it calculated risk,” he says with a laugh.

That’s because, when you listen to your employees and your customers the way Baker has, you gain a better idea of emerging opportunities and a stronger tolerance for the risk those opportunities present.

The company that, in 1993, was making 12- to 16-inch wheels, today is producing mammoth pieces of equipment capable of carrying 800-ton loads. As Baker has constantly sought to identify and evaluate growth markets that Irwin Car can tap into, one of the company’s focuses has become automatic guided vehicles designed to transport large materials for the automotive and aviation industries. Through that particular offering, Baker sees at least another $10 million to $30 million in sales capabilities in the near future.

“I tell people that’s my Star Wars product line,” he says. “What’s happening is companies are buying these automatic guided vehicles because they don’t take a vacation, they don’t get sick, they work 24/7, seven days a week. Even though they are very expensive, they provide tremendous savings. We’re talking about moving a 400-ton load without any people. It’s really awesome to see these things operate. It’s pretty impressive.”

So is the explosive growth of a company that started out so humbly. But as Irwin Car has evolved quickly, Baker has sought to maintain a company culture in which employees know they are valued and appreciated. Sometimes this is expressed in small but meaningful ways, such as handing out turkeys at Thanksgiving

“I know in today’s world that sounds a little hokey,” he says, “but our employees do like that.”

The holiday luncheons and the Halloween costume party all bring smiles to employees’ faces, as does a financial incentive plan. But the key to the culture is what is communicated from the beginning.

“I always tell people, ‘If you like to be a part of something that’s growing and ever-changing, you need to come work for us,’” Baker says. “If you aren’t happy with that kind of environment, then you shouldn’t come in and join us, because, you know, we are going to continue to build and grow.” ● 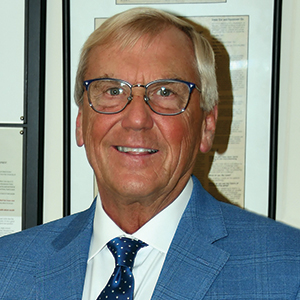