How this tactic can prevent out-of-line liquidity payments

While a company can structure a financing round in many ways, there’s been increasing concern that convertible securities can result in out-of-line liquidity preferences for some investors.

“This concern, however, can be addressed via conversion to a shadow series of preferred stock, an increasingly common option,” says Michael Fink, shareholder at Babst Calland.

Smart Business spoke with Mr. Fink about how a shadow series works, when to use it, and the pros and cons of doing so.

How does a shadow series work?

It’s quite common for companies to fundraise using convertible notes (or other convertible securities) for early or bridge rounds, providing for interest and a discount on share price as a reward for the extra risks inherent in these investments. Noteholders, therefore, receive more shares on conversion than their investment would otherwise provide. For example, a 20 percent discount on conversion price implies a 25 percent increase in shares issued for the same purchase price.

Those additional shares are beneficial in terms of enhanced voting power, more dividends and potentially more participation rights. In this example, it also provides for an additional 25 percent liquidation preference over the amount invested. Is this too much of a good thing?

Noteholders took more risk by investing earlier, but over the past decade or so, founders and later investors have started questioning whether this ‘liquidation windfall’ is more of a benefit than that extra risk justifies.

A shadow series is a compromise approach to address this windfall — the notes convert to a ‘shadow series’ of the preferred stock purchased by later equity investors, identical in all ways but with a lower liquidation preference.

What are the pros and cons of a shadow series?

Whether characteristics of shadow series are pros or cons depends on your personal position. Noteholders may lament their loss of the liquidation windfall, while everyone else views it as a pro.

But, separate classes of stock typically have separate class votes on certain charter amendments, meaning a small group of shadow series stockholders may have veto rights they otherwise wouldn’t have. This could be a pro for the note investors but a con for everyone else (although this can be attenuated via stockholder agreements). This analysis can get nuanced quickly, but it is clear there are pros and cons to all sides.

How frequently are shadow series used?

My first transaction involving a shadow series was only in 2018, but since then I would estimate they have been a feature in roughly a quarter to a third of the financings I have run. This appears in line with broader national trends — I have seen reports estimating that around a third or so of preferred stock sales over the past couple of years (including pandemic years) include a shadow series of some sort.

How can a company determine whether a shadow series is the right path to take?

Work with an experienced adviser, who will look at the state of the company and its financial strength, fundraising needs, general market conditions and the market for investments. An experienced corporate finance attorney can model out different capitalization and liquidation scenarios, showing the impact of including or foregoing a shadow series. These advisers can give the issuer the information it needs to have a meaningful discussion with current and potential future investors to get the company in front of the issue.

Companies concerned about out-of-line liquidity payments are more frequently addressing that concern via a shadow series. If you haven’t heard about this option, or are not sure how it works to address a liquidation imbalance, contact an attorney with experience in this area to determine if it is a viable option for your company. ●

INSIGHTS Legal is brought to you by Babst Calland. 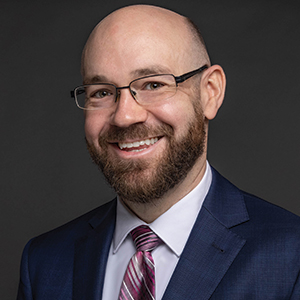 To determine whether a shadow series is the right option for your growing business,