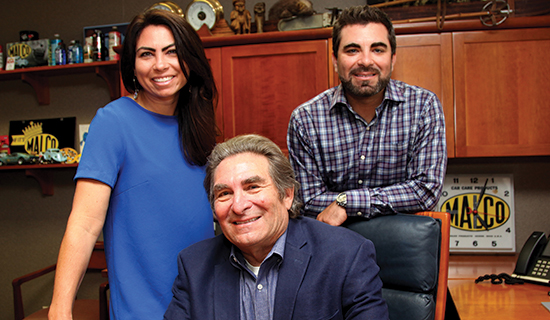 Seth Glauberman was in his mid-20s when his father, Stuart Glauberman, bought a new sailboat, and all he could think about was taking the helm. He pleaded with his dad constantly, asking when he could sail by himself.

Finally, one day while they were sailing together, Stuart gave Seth control.

“Not 30 seconds later, the wind shifted and blew really hard, and I spun the boat,” Seth recalls. “I had the knowledge of how to sail, but I didn’t have the wisdom and the history to know how to anticipate when the winds change and how to react to it.”

Similarly, when Seth joined Malco Products Inc., the family business, he couldn’t wait to take it over as fourth-generation president. But immediately after the official transition in January 2020, a global pandemic rocked the company. Once again, Seth turned to his father’s wisdom to help him guide the chemical manufacturer smoothly through the storm.

“Transitioning to new leadership during a pandemic speaks to the effectiveness of your plan,” Seth says. “With good communication, a strong leadership team and a committed staff, we were able to weather an incredibly uncertain time.”

When Stuart initially took over from his father, who founded the company in 1953, the transition was anything but smooth and calculated. Here’s how he charted a different course to facilitate Seth’s successful passage into leadership.

About a year after Stuart was born in 1951, his father, Murray Glauberman, moved the family from California to Barberton, Ohio, to work for a soap company. Within a year, he realized the company was failing financially, so he went off on his own and started making janitorial cleaning products in his garage.

Murray named the company Malco — combining the first letters from his name, his father, Abe, and his brother Lionel, who both joined the company within a few years.

“It’s pretty clear that his intention was to invite his dad and brother to join him,” Stuart says. “It was key for him to have a family business with family members involved from generation to generation.”

As the company grew, it evolved from floor cleaners, dish soap and laundry detergents to automotive additives and, later, automotive detailing products and chemical contract manufacturing. Looking forward, Murray adopted the motto, “Success without succession is a failure,” with the plan that his sons would grow up to lead the family business.

Around 1980, after Abe passed away, Murray sat down with Stuart and Stuart’s brother, Jay, for separate conversations about the company’s future. Stuart says,

“I remember my dad asking, ‘Are you committed to this business? Because I want to make sure that this transition to the next generation is important to you.’”

By 1981, Stuart’s uncle, Lionel, decided to exit the business, and Murray bought out his shares. Beyond his initial conversations with Stuart and Jay, Murray didn’t do much active succession planning.

“Most of his efforts were toward survival,” Stuart says. “He leveraged the company to keep it in the family, so transition planning didn’t take place.”

Through the years, Murray encouraged his sons to pursue their individual skills and interests within the company, leading to Stuart’s involvement in Malco’s automotive business and the launch of contract manufacturing. Meanwhile, Stuart played an increasingly pivotal role in Malco’s decision-making process.

“I was involved in large decisions that might impact the business long term,” Stuart says. “If my dad was looking to expand or purchase a facility or product line, I was part of those discussions and even led some of those activities.”

Murray passed away in 1987, when Stuart was 36. Although his father had informally nurtured him for leadership over time, the details of the transition were cursory, and Murray’s shares went to his wife. When Stuart’s brother Jay died suddenly in 2004 at age 51, Stuart vowed to set a more deliberate course for the next generation.

“I went through two transitions because of death and loss, and I did not want that to happen again as we moved forward to the next generation,” Stuart says. “I wanted to be proud of my kids’ efforts and see them flourish and prosper. I didn’t want my children to have the same challenges I did. I wanted to be planful to orchestrate the next transition and provide my kids with the best opportunity for success.”

Whereas Murray expected his sons to join the family business, Stuart and his wife, Sheri (who’s a board member), encouraged their kids to create their own career opportunities. Seth spent summers during school working at Malco, but wasn’t sure he wanted to commit to the chemical industry. It was a conversation with his parents after his uncle Jay died — similar to the talk Murray had with Stuart several decades prior — that helped him decide.

“I always knew I wanted to run my own company, and I was debating whether to join the family business or go out on my own,” says Seth, who was living in Colorado at the time. “My mom said, ‘If you’re going to come back 10 years from now, don’t think you’re just going to walk in and run the business. You don’t even know if the business will still be here.’ I didn’t want to live with any regrets, so I committed to join the business for five years — and a couple years into it, I realized it’s where I wanted to be. It was the best decision I ever made.”

After starting in contract manufacturing sales in 2005, Seth began managing Malco’s automotive division in 2007. Stuart gave him opportunities to pursue his passions in the business, as his father had done with him — promoting Seth to director of automotive sales by 2010. Likewise, following Murray’s model, Stuart began involving Seth in major company decisions.

“I knew that Seth had to be part of the interview process for key hires,” Stuart says, “because at the end of the day, I wasn’t hiring to meet my needs. I was hiring people to assist us through the transition of the company.”

Several years after Seth joined, his sister, Lauren Osina, made a similar decision to leave her teaching career and enter the family business in 2012. After starting out in Malco’s consumer products division, Lauren found her fit in the company’s marketing department, where she now manages Malco’s corporate communications.

“It was clear that Seth wanted to lead, and Lauren wanted to represent the company in the community,” Stuart says. “Seth is willing to make the hard decisions, and Lauren has a holistic understanding of how every decision might impact employees and customers. I was lucky to have two kids whose goals aligned and overlapped perfectly.”

Stuart knew he wanted to step down as president by the time he turned 68, but he had to put the proper steps in place to ensure the transition would happen as planned.

“I knew it would be very difficult for me to exit,” he says. “One of the things that helped me transfer the reins of leadership was to pick a date when it was going to happen: Jan. 1, 2020. I picked that date four or five years prior, and within two years of that date, it was communicated to the organization.”

Far ahead of the change, the Glauberman family communicated frequently with Malco’s 320 employees to alleviate any fears or surprises about the transition, painting a vision of how and when the change would occur. Because Seth and Lauren had both been embedded at the company for several years at that point, they had plenty of time to earn trust and build buy-in from the team.

This transparent communication was “a huge component of the success of the transition,” Seth says. “No one was worried about what was going to happen when dad retired. We were very transparent, which made everyone comfortable that we were going to continue to lead the organization by embracing both the wisdom and knowledge of the past, but also respecting the new ideas people bring.”

To clearly signify the changeover, Stuart moved out of his office about six months beforehand so Seth could move in.

“Seth was already residing in the office of the president, so it made a visual statement,” Stuart says. “It really was a demarcation line in the leadership of the business.”

Stuart and Seth both worked with a consultant to guide them through the transition. One of her best pieces of advice for Stuart was to shift his vocabulary when speaking with Seth post-transition.

“She said, ‘You can’t use the words ‘would, could or should,’” he says. “You know, ‘Seth, I would’ve done this,’ or, ‘You should have done that.’ Those are all criticisms. Instead, I ask questions, like, ‘What other options have you considered?’ That was helpful for both of us, because every decision that’s been made since the day I stepped down are decisions that Seth and Lauren have to live with.”

The plan was for Stuart to stay involved as a strategic adviser throughout the transition, in the role of chief change agent. When the pandemic hit just months after the changeover, Seth was grateful to have his father’s guidance through unprecedented challenges.

“I may have been leading the company,” Seth says, “but we had this incredible resource in my father, who could continue to help guide us through a turbulent time. Our parents trusted us to make the right decisions, but we also had the ability to leverage their knowledge and experience. Plus, I had Lauren as a partner to help me see things that I might not see.”

With Lauren keeping the company’s pulse throughout the transition, along with Stuart’s seasoned counsel, Seth leaned on the rest of his family to navigate the change. Today, Stuart is proud to see his children operating in perfect alignment with his father’s founding values.

“I never had any question about whether they were capable of running the business — I knew they’d manage it effectively — but you wonder if they’re going to be aligned with the same values,” Stuart says. “We’re two years into it, and I can’t think of one person who’s left the company because they don’t like the direction or the culture of the business. That’s probably the most satisfying part, is that they’ve been able to maintain the culture and the values of the company.”

This alignment has been the overarching key to a successful transition.

“A lot of companies have competing priorities between the family and the company interests,” Lauren says. “But we always talk about the ability and the desire of the next generation to take over, and the alignment from each generation to the next.”

Now, Lauren’s and Seth’s young children consider themselves part of the Malco family, and they’re already talking about who might to grow up to be the next president.

“It’s pretty neat when you think about the generations that have been in the business,” Seth says, noting that he’s technically the fourth-generation president, since his grandfather Murray named his father, Abe, as president. “It’s really an honor. It’s not a birthright — it’s an honor.” ● 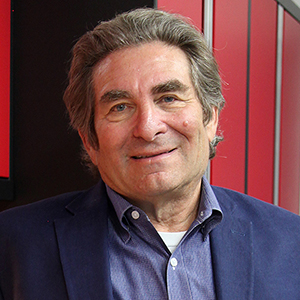 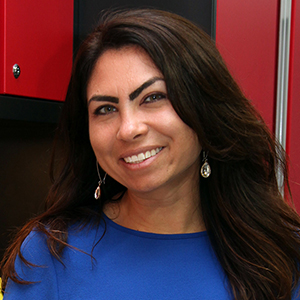 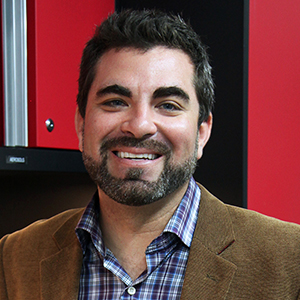