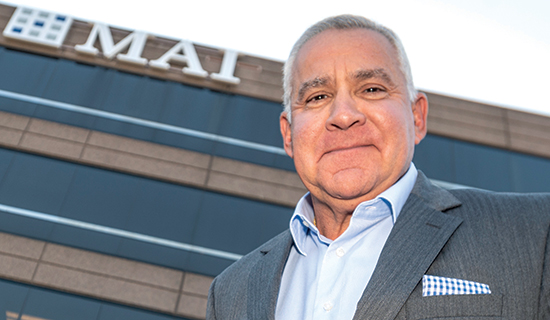 When Richard J. Buoncore acquired McCormack Advisors International LLC, client service was already embedded in the company’s every interaction. In fact, the financial management firm — originally established as Investment Advisors International Inc. in 1973 as an affiliate of International Management Group and later rebranded as MAI Capital Management LLC after the acquisition — evolved from a handshake deal when Arnold Palmer agreed to let founder Mark McCormack handle his business affairs so he could focus on golf.

Over the years, the firm expanded beyond athletes to serve corporate executives and wealthy families, catering to the wealth management, financial planning and investment advisory needs of high-net-worth individuals. By the time Buoncore’s company, BC Investment Partners LLC, acquired the firm in 2007, MAI was overseeing approximately $900 million in assets under management. To grow the SEC-registered investment adviser into a multibillion-dollar investment firm, Buoncore said it needed to do more than take care of clients.

“When I bought the firm, it was just a service, not really a business,” says Buoncore, managing partner at MAI. “I recognized that there were two other things we needed to make us a successful business: Take care of our employees and take care of the community. Those are the three keys to our growth.”

From the beginning, Buoncore’s goal was not necessarily to be the biggest firm but to be the best at taking care of people. To grow MAI to over $14 billion in assets under management by September 2022, he had to look beyond the next quarter’s profit margins to make a lasting mark. “We started building infrastructure, people and processes not for the short term, but for the long term,” he says. “We’re always looking for long-term value creation.”

Around 2015, Buoncore and then-CFO Jim Kacic began eyeing potential acquisitions to expand MAI. But they were so focused on taking care of clients that they couldn’t find the time to devote to M&A activity.

Then, in late 2016, a financial services holding company called Wealth Partners Capital Group LLC approached them with a proposal. In exchange for a minority noncontrolling interest in MAI, Wealth Partners offered to take on the M&A due diligence.

“They would identify markets that we wanted to be in, undertake the search and do the due diligence to find and vet firms for us,” Buoncore says. “Then, once they vetted it down, we would go meet with the firms.”

In July 2017, MAI formed a partnership with Wealth Partners to accelerate its national growth strategy. Backed by Wealth Partners’ investment, they completed their first acquisition in June 2019, bringing on MTX Wealth Management out of Reston, Virginia. This pivotal addition seeded MAI’s Sports + Entertainment Division, which officially launched in September 2020 under the leadership of MTX Founder Steve Trax. Today, this division manages nearly $4 billion in assets.

Since then, MAI has made a total of 28 acquisitions with Wealth Partners’ support, with another 15 in the pipeline. Buoncore says the key to this growth strategy has been Wealth Partners’ keen ability to find firms that align with MAI’s people-centric culture.

“They identify like-minded people that view their clients and employees the same way we do, with the same philosophy of taking care of them at all costs,” he says. “If someone says, ‘This acquisition has to be better for my client, better for my team and better for me,’ in that order, then that person is culturally aligned. But when the person on the other side of the table starts talking about how much they’re going to make or what’s in it for them, without any consideration of the client, it’s generally not a good cultural fit.”

After Wealth Partners screens potential suitors that share MAI’s cultural priorities, Buoncore and his team spend several days with each firm, traveling to their offices, then inviting them to visit MAI. This face-to-face interaction is critical to Buoncore’s decision-making process.

“I want to see how they interact, how they treat people, how they ask questions and how they answer questions,” he says.

Years ago, for example, initial meetings with a potential acquisition were going well until its principal said, “I’m always the smartest guy in the room.” Buoncore instantly knew that attitude wouldn’t mesh with MAI’s philosophy of collaboration and cooperation and quickly parted ways.

If a firm seems to share MAI’s cultural qualities, Buoncore and his team move on to evaluate the operational fit. They carefully examine each firm’s compliance requirements, operational standards, computer systems and investment portfolios to determine how difficult it will be to bring an acquisition onto MAI’s platform.

“Every single aspect of the business gets put on a comparative list,” he says. “If there are too many differences in how they do business versus the way we do business, then it doesn’t make sense, because we want everybody doing business one way: the MAI way.”

Instead of absorbing thousands of different mutual funds, for example, MAI consolidates every acquisition onto a more manageable list of approved financial products. Over three to six months following each acquisition, MAI integrates every detail of the firm onto a single streamlined system so the operating standards, computer systems, office signage and business cards match MAI’s.

This integration process is led by a dedicated 10-person integration team at MAI. Although their goal is to bring everyone onto a single MAI platform, that platform naturally evolves over time as they absorb best practices from acquired firms. For example, they have adopted new services, as simple as depositing checks for clients or utilizing unique tax management strategies.

“We’re not the only ones who have good ideas,” Buoncore says. “We’ve done acquisitions where they did something better than we did, and we adopted their philosophy. But at the end of the day, we want to have one system so it’s very manageable. Otherwise you don’t get the economies of scale and the leverage of the acquisition strategy.”

This fully integrated approach differs from many of MAI’s competitors, who let acquired firms continue operating their own way using their own standards and systems.

“There’s no leverage or brand created with that model,” Buoncore says, and no consistency in the client experience. “I don’t think that’s where long-term value gets created for the client, the firm, or the employees. Our philosophy is operating one way that keeps getting better. If we keep making the experience better for the client and the adviser, ultimately, the success will come.”

In the process of integrating acquisitions, MAI centralizes core functions like compliance, operations, accounting and other back-office functions. But the one aspect of business that Buoncore doesn’t centralize is managing client relationships.

“We give each acquired firm more time and ability to serve their clients because they no longer have to worry about all the non-client interacting services,” he says. “I want to be big enough to have all the economies of scale, so we get access to the best solutions, but I never want to lose the intimacy of the client relationship.”

As part of MAI’s expanding national network, acquired firms (and their clients) benefit from a broader depth of financial services, talent and technology than they could access alone. For example, the firm developed an intranet called MAI Planning Exchange that gives advisers access to the entire knowledge base of all 385 employees across the country, representing more than 2,500 years of collective experience.

“You may get Rick Buoncore on the front end, but you have access to everybody at the firm when you need help,” he says. “A lot of firms silo that away, and they’re not incentivized to help each other but to grow their own book. Here, it’s one book — the MAI book — and that’s what makes us really unique.”

Acquired firms and their clients also gain access to MAI University, an educational platform that offers external classes to clients on a range of financial topics, as well as internal training to provide career development opportunities to employees. The internal training program spans 1,600 courses covering everything from leadership skills to Microsoft Excel, depending on each employee’s current role and career aspirations.

Taking care of this growing team is more difficult now than when MAI only employed 50 people, but Buoncore still prioritizes his people as a pillar of the firm’s culture. For example, he makes a point of acknowledging everyone’s birthdays and work anniversaries. Every summer, Buoncore also invites employees and their families to a picnic at his house.

“We’ve done a lot of work making sure that we’re helping our people,” Buoncore says. “If you’re consistent with it, you get the respect as well as the buy-in, and the culture becomes real.”

Four years into its partnership with Wealth Partners, MAI had grown from $5 billion to $12 billion in assets under management. To achieve the next milestone, though, Buoncore needed even more help. MAI started looking for another partner with a similar client-centric culture that could accelerate the firm’s growth without intervening in its strategy.

The synergies between the two firms offered a full range of financial solutions to clients on both sides. Galway’s EPIC Insurance Brokers & Consultants platform and diversified brokerage distribution and underwriting solutions bolstered MAI’s offerings, while ushering Galway into wealth management.

“Every one of our clients needs insurance, and every one of their clients needs some type of investment or wealth management service,” Buoncore says. “Utilizing each other in the clients’ best interests is a win-win.”

Plus, with 4,200 employees in more than 150 offices around the country, Galway’s size instantly expanded MAI’s national reach. “Now, if they have an office in Austin, I don’t need to buy a firm in Austin,” Buoncore says. “I can just hire a person and put him there, and he’ll have a sister company right there to help him.”

The Galway acquisition spurred MAI’s growth, both organically and through nine additional acquisitions. Now with 24 office locations from coast to coast, including its Cleveland headquarters, MAI is positioned for national growth with a rapidly expanding range of client services.

On the heels of this rapid expansion, MAI outgrew its aging headquarters in downtown Cleveland. As parking became an issue for employees, visiting clients and potential acquisitions, the firm started looking for a new home. In July 2022, MAI moved into its new headquarters in Independence, occupying an office complex that features a gym, cafeteria and free parking.

“It’s a beautiful building,” Buoncore says. “The comments I’ve heard are, ‘Wow, this feels like a building we deserve to be in, as opposed to the building we were in.’ When you’re in a building like that, then you start acting like it.”

Although many employees were working from home several days a week during the pandemic, the new office has enticed staff to return “because they love being here,” Buoncore says. Clients, likewise, are more eager to visit, without the hassle of navigating and parking downtown.

The move, combined with a streak of recent acquisitions, positions MAI for ongoing expansion. The firm expects to reach $20 billion in assets under management this year, and then double that within the next four years. “In Cleveland, we’re becoming a household name, but I want to be that way in every market we’re in,” Buoncore says. “Hopefully, the growth we’re seeing now is just the beginning of a great growth story.” ● 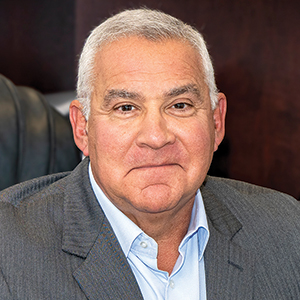