How Dan Wiley and Wiley Companies repositioned the business for growth 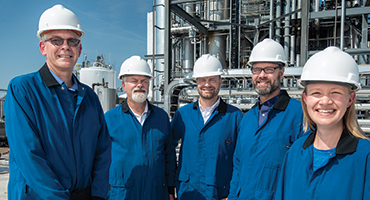 The year 2007 brought a big challenge to specialty chemical manufacturing firm Wiley Companies. A commodities boom skyrocketed the costs of its raw materials as the company — and its clients — were feeling the financial pressures created by the Great Recession.
As custom projects were jeopardized, it put more pressure on the company to pivot. That’s when it found an opportunity in fish oil.
“It wasn’t part of some master plan,” says Dan Wiley, president and CEO, Wiley Ingredients. “Today we’re moving thousands of tons of product to all parts of the globe, and it just grew organically. We were just really trying to take this plant that had projects being cancelled out of it, which is kind of like a kitchen, and trying to do something else with it because the choice is, we either fold it up and go home, or we try to do something else.”
Fish oil and its celebrated omega-3s were part of a dietary supplement market that was on the grow. Wiley believed there would certainly be room for his family’s company to carve out enough business that it would be worth a try.
“A theme that we’ve had for a business for many years is just, ‘Well, how hard can that be?” he says.
His dad and uncle led the business with a can-do, roll-up-your-sleeves-and-jump-in attitude that’s still a part of the culture, and of Wiley’s approach to the market, today.
“That’s how I learned the business,” he says. “That’s how I learned how to take advantage of opportunities when they present themselves and how to make something out of what looks like a pile of junk.”

After a contract to produce phytosterols ended around 2007, Wiley Companies was left with a processing plant it had built to do that work.
“And it was really, well, what can we repurpose this asset to do?” Wiley says. “Because we do in-house design and engineering, we have welders and pipe fitters, and we make some of our own processing equipment, so retooling the plant is not scary to us. It was more like, ‘Well, what can we do with all these pots and pans that we have, and do we have to build some more? We were just searching for something.”
Around that same time, Wiley began to bump into people at trade shows who increasingly asked if the company could process fish oil.
“The first rule of being a business leader is you never say no to anything,” he says.
Now that he had an idea, he looked to connect it to a market. Wiley talked with different seafood companies about processing their fish oil and then passing it back to those companies, which would then sell the product — a business model exactly within Wiley Companies’ wheelhouse. But the companies weren’t interested, and instead suggested that Wiley Companies sell the finished product on its own.
“That was going to be a big challenge for me,” he says. “We’re used to doing this manufacturing, but now we actually need to go out and find the customers and close the deals, and it was different. It was a lot different than the kind of business model that we had before. And that was really a revolution in how we approached the marketplace.”
The company began retooling its facility, as well as its staff, for the task, adding people with certain skillsets to do the job as the need arose.
“This is more day-to-day,” he says. “We’re going along and encountering a challenge and saying, ‘OK, let’s get somebody to help do this job.’ And sometimes it’s somebody internally, and sometimes it’s externally.”
The first fish oil product the company released was an ingredient that went to market as omega-3 70 percent. It had a very functional description, which struggled to get attention.
Wiley began pitching to anybody who would listen, but it was hard to get potential customers to switch from their current suppliers or add the company as a new supplier. After repeated rejections, leadership decided the company needed to launch its own brand.

The company soon learned that establishing a brand isn’t it just a value proposition, it’s a whole ethos. It meant establishing in the market who it was, what it does and how it was going to support customers’ product needs.
To sell its branded AlaskOmega omega-3 concentrates, the company began to look for openings in the market to make its pitch. Being a little guy helped, Wiley says, because the company was willing to fill even very small orders. Wiley Companies was also both accessible and flexible, able, for example, to talk with customers about formulating a particular gradient — a proposition that simply wouldn’t add up for the very biggest producers.
“That’s where opportunity for small people can come in to carve out a little niche and hopefully grow from there,” Wiley says. “And that’s what we did.”
The brand started to achieve a monthly cadence of sales, and the company began adding new products and having conversations with customers about longer-term demands.
Soon, things began to change. Wiley Companies went from running four days a week to seven days a week. That required it to add shifts, operators, laboratory technicians and quality assurance people, hire more engineers to help design process improvements, hire more customer service and salespeople to communicate with customers and build systems and processes as it went from filling 40 orders a month to filling 300 a month.
Wiley Companies built on its AlaskOmega brand’s success by launching Wiley’s Finest consumer products, which have become a force in their own right. The branded Wiley’s Finest products, produced by a division of the company headed up by Dan’s brother Sam Wiley, can now be found widely online and in the club channel, health food and supplement stores, specialty grocers, regional chains and more.
All of these moves have helped the company reach about 230 employees and achieve an estimated 15 percent compound annual growth rate on average over the last 18 years. Its custom work has shrunk to around 25 percent of its overall business, but its capabilities have grown to include sourcing, manufacturing, marketing, selling and distribution.
“We’ve shifted from being somewhat of a service provider to larger companies and being focused on just the manufacturing to being focused on the entire supply chain,” he says.

As the organization got bigger, Wiley also had to adjust his approach to management. In the beginning of its ramp-up, he says he made a lot of mistakes. He hadn’t had any formal management training, so he learned, initially, from making the wrong moves. Then he brought in management coaches and consultants, read books on management techniques, attended forums and retreats, and began to refine his approach.
What he and the company needed, he discovered, was to dial in on strategy and then cascade that strategy down through the organization — from direct reports to the folks sweeping the floors — so that everything supports where the company says it wants to go, while also bringing consistency and clarity across the company. While there have been improvements, Wiley says it’s still a work in progress.
“Change is hard,” Wiley says. “Any organization is going to react to change with, ‘Well, that’s not the way we do things around here.’ That is still a battle today. Sometimes it feels like we’re making a lot of progress, people are getting it. And then some days it feels like, ‘Did no one listen to the last four presentations that I gave? Was no one paying attention in the last six meetings that we were at where we talked about this very thing?’”
Fish oil has certainly been a key new product and market for the company, but Wiley stops short of calling Wiley Companies a fish oil business. Instead, he says his focus is on finding a way to grow the company but also be evenly diversified in a number of areas, so it faces less overall risk if, or when, demand breaks down.

“It’s a challenge every day to make sure that we honor the past as we look to where the business can grow into the future,” he says. “It’s a difficult balancing act.” 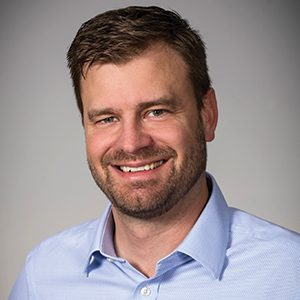