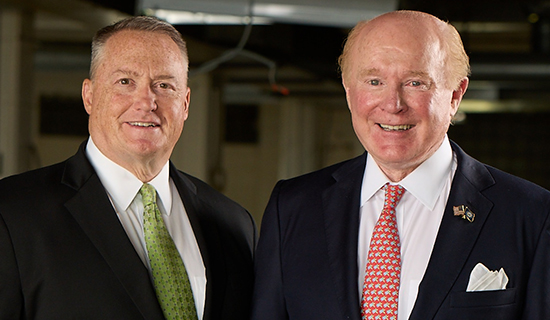 Six years ago, former ambassador to Ireland Edward F. Crawford approached Brian E. Powers with a challenge. Sales at Hickock Inc. — a Cleveland-based electrical instrument manufacturer founded in 1910 and publicly traded since 1959 — had dropped to $5.9 million, with mounting losses and a stock price of just $1.40. Seeing an opportunity to turn the business around, he posed this question: “Can we create significant shareholder value, while at the same time retaining and creating U.S.-based manufacturing jobs?” Powers says. “That’s what we set out to do.”

Ambassador Crawford, the former chairman and CEO of Park-Ohio Holdings Corp., had been on Hickock’s board of directors since 2012. He already had a vision to grow Hickock by leveraging the same strategies he used to grow Park-Ohio into a $1.6 billion diversified manufacturing business with over 7,000 employees in 125 locations through a series of 116 acquisitions.

As chairman and majority shareholder, he began building a new management team and board of directors to lead a similar transformation at Hickock — starting with Powers, who was named president and CEO in 2016. Powers brought additional growth experience to the table, with three of the companies he previously led landing in the top five of the Weatherhead 100.

Under new leadership, Hickock changed its name to Crawford United Corporation in 2019, adopting the ticker symbol “CRAWA.” The new name paid respect to Ambassador Crawford’s influence and his approach to building a “united” team of decentralized business units underneath the corporate umbrella.

Now, six years since he approached Powers with this challenge, they’re proving that shareholder value can be achieved without cutting jobs or moving operations overseas.

“Our stock price has gone from $1.40 to $22, a 15-time increase,” Powers says. “Our revenue has grown from $5 million to a run rate of $125 million, a 25-time increase. So, I think the answer to his question was a resounding yes; you can be very successful growing a company if you follow the right path.”

The Crawford United team vets a few potential acquisitions each week. From this pool, they typically only buy one or two per year, making 10 acquisitions since 2016.

To narrow down the suitors, every acquisition conversation starts with two key questions: “Question No. 1 is, ‘Why am I so lucky that you are willing to sell me your company?’” Ambassador Crawford says. “And secondly, ‘Who is going to run the company?’ We don’t have an army of people waiting around, so we’ve got to find someone in the company who can run it for us.”

The first question reveals more than just the reason for selling the company, but also why Crawford United would potentially want to buy it.

“We’re looking for companies that are the best at what they do — people who make the highest-quality products with the highest-quality of manufacturing,” Powers says. “If they’re not the best at sales or accounting, we can teach them how to manage capital, labor, or expenditures, but what we can’t teach is how to make great stuff. If they can do that, we can help fix the rest.”

Crawford United supplies both capital and operational expertise to strategically support its acquired companies, giving it an edge over private equity firms. “We bring money to the table, but it’s smart money,” Powers says. “It’s strategic help with how to get to market better, how to expand a market, or how to hire more people.”

The leadership team at each acquired company is essential to this post-acquisition growth strategy, which explains the second question. With only four employees comprising the Crawford United operational team — including Powers, an office manager, the CFO and controller — the company runs a highly decentralized operation.

Although they inject strategic guidance and capital into acquired companies, they don’t have the manpower to actively manage each addition. That requires them to be diligent in identifying strong leadership, so they spend several days on-site with the team, often bringing along other board members whose expertise could lend additional insight.

Specifically, Powers wants to observe the departmental heads and operational leaders in action. To get the most accurate feel for a company he’s about to acquire, he spends time with the sales, accounting, and operations managers, because it’s essentially their knowledge that he’s buying.

“No matter how good they are at what they do, we’re not going to buy a company unless we have confidence in the team that’s running it,” Powers says. “We buy companies with management teams we trust, and then give them the money and empowerment to grow.”

Many acquisitions get hung up during integration. The hassles of migrating teams onto the same enterprise resource planning (ERP) software systems, operational processes and brand platforms can put a strain on operations. That’s why Crawford United doesn’t integrate its acquisitions at all.

“They stay on their own ERP system, they keep their own name, their management team stays in place. That’s part of our value proposition, by the way, is that we’re not going to change those things,” Powers says. “Companies get too hung up on integration, when you should only worry about operations.”

Once an acquisition is finalized, Powers spends the first several months simply observing the new company’s operations — “not changing anything, just learning,” he says. “I may have preconceived notions of what needs to be changed, but maybe I’m wrong. Maybe it’s something else. So, we leave it in its current state for six months and work with the management team to understand the business.”

After his observation period, Powers jumps in with one more critical question. “We ask the management team, ‘How would you grow the company if you owned the place?’ because they’re the expert,” he says.

For example, when Crawford United acquired Global-Tek Manufacturing in March 2021, the company — which engineers products for the defense and aerospace industries using advanced machining — had never achieved a million-dollar month. Powers simply asked the plant manager what he would do to reach that goal, and he replied that he’d hire more people, add a third shift and purchase additional equipment. The company had been struggling to keep up with orders, with on-time delivery dropping to 14 percent. Once Crawford United provided the capital to buy a new robotic drill and hire extra labor, the increased capacity cleared up the backlog and boosted on-time delivery to 95 percent. Since then, Global-Tek has hit $1 million in sales every single month.

“It’s as simple as that: Just ask the people who know what they’re doing what they would change, and they’re usually right,” Powers says. “I don’t know how to make aerospace parts like Global-Tek. But I don’t have to; the people who run that company day-to-day do. Once we put the resources behind them that they need, then we get the heck out of the way. That’s the magic, empowering people instead of telling them what to do.”

Powers says any leader can apply this “magic” question to unlock growth potential in a company. Whether you’re making acquisitions or managing operations, the biggest mistake you can make as a leader is assuming you know it all.

“If they’re so egotistical as to believe they have all the answers, that’s when people get it in trouble. They don’t have the humility to ask other people, ‘What would you do?’” he says. “Too often, you see CEOs pretend they have all the answers, and they tell other people what to do instead of asking other people, and they fail. Don’t try to be the expert on everything. Empower your people to make decisions, then give them the tools they need to succeed and get out of the way.”

Ambassador Crawford jokes that the company’s name sounds like an Irish rugby team. In fact, “in a lot of ways, Crawford United is a rugby team, playing in a very tough environment,” says the man who served as U.S. ambassador to Ireland in 2016.

With every acquisition, another company joins the collegial family of businesses — not just the 10 that comprise Crawford United, but over 100 others that have been acquired by his former company, Park-Ohio, which is now led by his son, Matthew Crawford. Powers considers these all “sister companies” that can lend advice and expertise to each other.

“We have this wealth of resources now within Crawford United, but also in Park-Ohio, of people to call who have ‘been there and done that,’” Powers says. “Even though we’re not integrating the companies, they all know each other, and part of the support we provide is access to this network of other operational experts.”

While Crawford United doesn’t force every acquisition to adopt the same ERP, for example, the companies share best practices and preferred software solutions from other similar manufacturers within the family. If a company has specific questions or issues about an ERP system, it can turn to a network of companies that have experienced the same problems.

Though the acquisitions represent a range of industrial sectors — from aerospace, automotive, air handling and hoses to digital marketing analytics — they share the same underlying set of core values. Powers shares these values early in the acquisition process, and the companies that don’t embrace them don’t advance further.

One of the company’s defining values is community involvement. At its headquarters, Crawford United offers paid internships to local high school students and sponsors The Cleveland Training Center, which provides jobs and work experience from the first floor of its building. Similarly, the company encourages each of its locations to engage in a local cause that’s meaningful to the team. CAD Enterprises, a Phoenix-based aerospace manufacturer, is dedicated to veterans’ issues, for example, while Air Enterprises, an air handling manufacturer in Akron, supports children with mobility challenges.

These types of initiatives keep each company grounded in the larger goal of strengthening the local community and its economy. After all, Ambassador Crawford’s initial challenge to Powers wasn’t just about growing sales or stock prices purely to increase profitability. The other side of the coin was to sustain U.S.-based manufacturing by making small, specialized companies essential in their hometowns.

“What’s the impact of our growth? Well, in all these communities we’re located in, it’s the good manufacturing jobs that we’ve created and maintained,” Powers says. “Those companies didn’t close, they didn’t shrink, they didn’t move to China. They’ve grown, and they’ve hired more people, and that’s important in each community where we’re located.” ● 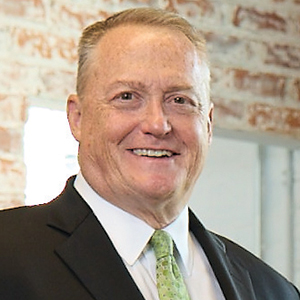 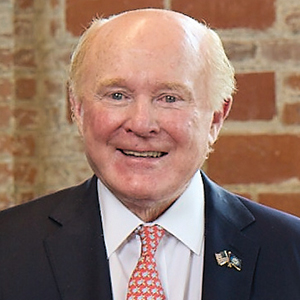