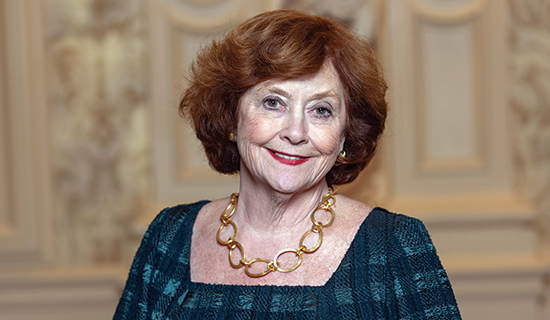 Growing up, Helen Hanna Casey walked by her father’s real estate office every day on her way to school. The original office of Howard Hanna Real Estate Services, located just a block and a half away from her childhood home in Pittsburgh, was the start of a multigenerational family legacy — although none of them realized it at the time.

“We always knew that the family business was a possibility, but it wasn’t like some dynastic dream we had,” she says.

After teaching at a private school in Pittsburgh, Casey joined her father’s business in 1975, drawn by the flexibility it offered to balance work and family life. At that point, the company had only a few office locations.

“Most people didn’t think this was an industry that could become what it has become,” she says. “I don’t mean just in the number of sales, but the number of people that would find a home in the industry by helping other people find homes.”

Her father, Howard W. Hanna Jr., started the firm in 1957 with “a different way of doing things,” she says. “He focused on building the brokerage business by building his agents.” With a commitment to providing his team with innovative tools to help homebuyers and sellers achieve their goals, the Howard Hanna legacy was born.

Today, Casey serves as CEO of Howard Hanna Real Estate Services, the largest privately held real estate brokerage firm in the country, with more than 14,200 agents in more than 490 offices across 13 states. Now, with the third generation of the Hanna family involved in the business, the firm continues to grow with a fearless approach to facing every challenge as an opportunity.

Ingrained in the business

Casey and her siblings grew up in the family business. Their father connected the office phone line to their house after business hours, and often entertained agents at their home. But that wasn’t her only early exposure to family business operations. She grew up next door to her uncle, who ran a funeral home opened by her maternal grandfather in 1907. Her uncles stopped by her house regularly to run ideas past her grandmother, who lived with her family.

“Family business was ingrained in us at an early age,” Casey says. “I think it’s one of the reasons why we have done it so well, because we saw our uncles work together and remain friends, whether or not they always agreed on business. We saw how they helped each other solve problems and deal with issues, and that was a role model for us.”

Meanwhile, Casey’s parents instilled valuable lessons that shaped her and her siblings’ leadership skills. For example, they often put on family talent shows and competitions, encouraging the children — and later, the grandchildren — to perform in front of everyone.

“My parents gave us a tremendous ability to have no stage fright, meaning that we’re comfortable speaking in front of people,” says Casey, who developed her love of theater from these family plays and went on to produce several Broadway shows with her husband. “They gave us the ability to communicate with people. They gave us a lack of fear of trying.”

These lessons pay off now in Casey’s leadership role, as she collaborates with her family to make difficult business decisions like her uncles once did. She can’t say they never disagree, but by using these communication skills to “sell” each other on ideas and initiatives, the Hannas build buy-in from their relatives and the rest of the team.

“We are salespeople, always, and so if we want to achieve a goal, we have to sell each other on it,” she says. “Whether you’re in the boardroom with family members, or you’re in an office, you have to be able to convince your peers. If you can’t sell it there, you’re not going to sell it to 14,200-plus associates.”

The fearlessness that runs in the Hanna family is a key component of the firm’s continued growth.

“We’re not a very fearful group. We take a challenge and overcome it, rather than seeing it as an obstacle,” Casey says. “We never use that word ‘obstacle,’ by the way. We always say, ‘Great, here’s an opportunity.’”

For example, when interest rates hit an all-time high of nearly 19 percent in 1981, the firm met the challenge head-on.

“That was a great period of innovation for us because we started our title company so that people didn’t have to go downtown and pay for expensive gas; they could close in our offices,” Casey says.

“We have tried very hard to meet market demands with innovative programs,” she says.

Since then, the firm has followed a deliberate growth plan focused on expanding its footprint through strategic partnerships and acquisitions, along with organic growth.

“The decision to start buying companies in the ’80s — buying competitors first, then buying in new markets — brought amazing changes and opened opportunities that we could not have imagined,” says Casey, who serves on the executive committee of the National Association of Realtors.

Most recently, for example, Howard Hanna merged with HER, REALTORS, the country’s largest agent-owned real estate firm. The acquisition added about 1,200 agents and 90 offices to Howard Hanna’s portfolio to expand its presence in Ohio and Michigan.

To find synergy and growth opportunities in every acquisition, Casey and her team consider the smallest details — including HR policies like vacation days — and the broadest strategies, such as growth plans and marketing initiatives. Through the process, they’re not looking at potential acquisitions as a way to instantly boost the bottom line but rather with a long-term approach to building skills and capabilities that can grow over time.

“When you’re in an M&A position, you have to be sure that your inner voice is saying to you, ‘I want to work with these people for the future,’” Casey says. “This is an opportunity financially, but it’s an opportunity also that we can build on the financial strength we’re going to create. Long-term growth and profitability are based on the people that you have with you.”

Growing up in the Hanna household, Casey says, someone was always making crafts and treats for school fundraisers or writing invitations for local charity events. Her mother, Anne Freyvogel Hanna, passed down her philanthropic philosophy that “you have to give to get.” In that spirit, she founded the Medallion Ball in Pittsburgh in 1964, which continues today, to honor young ladies for contributing volunteer service to the community.

“We were raised to believe that was part of your life,” Casey says. “You can’t expect to get good things in life unless you are part of your community. That was ingrained in us, that we have a responsibility to the less fortunate.”

That commitment to giving back remains integral at Howard Hanna today. The firm supports hundreds of health, educational and humanitarian causes both company-wide and in each local market. For example, in 2012, it established a nonprofit, the Howard Hanna Children’s Free Care Fund. Since then, it has raised more than $19 million to help families afford treatments for their children. And since 1981, Howard Hanna has partnered with Coats for Kids in Northeast Ohio to donate hundreds of thousands of coats for local children.

Casey’s parents also established several endowed scholarships at the University of Pittsburgh, where her father earned his bachelor’s and master’s degrees, and at John Carroll University in Cleveland, from which her brother graduated. The scholarships are awarded annually to Howard Hanna associates and their family members.

“The opportunity as a family business to give back to the community is incredibly important,” says Casey, who has chaired several local boards, including the Greater Pittsburgh Chamber of Commerce and the Pittsburgh Civic Light Opera. “It’s so amazing to see the difference that a private company can have impactfully within your own community.”

Passing on the family legacy

With three generations in the business today, Casey sees the lessons she learned from her parents being carried on by her children, nieces and nephews — not to mention the thousands of associates they’ve added through the years. The most important lessons, she says, are “that they are fearless and that they listen to the great people around them.”

“The brain trusts of all these people that have joined us is pretty amazing,” Casey says. “Whether they choose to join us in the beginning of their career, whether they come to us with an acquisition, or whether they grow within us, it overwhelms me every time I’m on a meeting and I listen to people’s ideas and what they bring to the table.”

As the firm’s strong talent pool has expanded over the last 65 years, Casey looks to the next generation to continue the family tradition of charging toward opportunities while supporting the people that they serve.

“We have so many business units that we have the opportunity to grow,” she says. “Buying mortgage, title and insurance companies is a tremendous opportunity for us for the future. Certainly, there are more technology companies we’re looking at than we’ve ever looked at before, but all with that same goal: How do we help our sales associates and our clients meet their goals?” ● 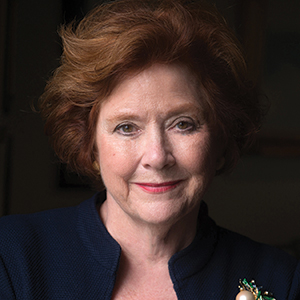