The U.S. economy is fairly stable at the moment, but there are indications that we’re heading into a recession.

“Leading economic indicators are coming down pretty significantly and business inventories have been moving up and starting to level off,” says Jim Altman, middle market Pennsylvania regional executive at Huntington Bank. “When you think about what could be forecasting a potential recession, those are types of indicators that we would look at.”

On the positive side, employment remains a strong area of the economy, and while spending on goods has dropped, spending on services has increased significantly. The many mixed signals create some uncertainty as to how to prepare.

“The Federal Reserve is seeing indicators telling them the country could be heading into a recession while others are telling them the economy still strong,” he says. “And that’s the tightrope that the central bank has to walk.”

Smart Business spoke with Altman about the state of the U.S. economy and the economic outlook for the early part of the coming year.

What are some of the current economic challenges?

Higher interest rates have meant a higher cost of borrowing. Those tighter financial conditions mean less disposable income for bigger-ticket items, so consumer spending patterns are changing. The strong dollar is also having an effect, which can be favorable or unfavorable depending on the type of businesses. Companies predominantly selling domestically and sourcing from abroad are being helped by the strong dollar. But for companies selling abroad, conditions are not favorable. Exports are slowing a little more than expected largely on that stronger dollar while imports are increasing.

Further, other countries are raising interest rates in their local currency and most central banks are tightening. But factoring in the strong dollar in the currency exchange for purchasers of U.S. goods, it gets expensive, so that will continue to be a headwind.

Productivity for the first two quarters of this year was the worst since the 1940s. That’s a massive expense for businesses. Employment costs are going to continue to be a headwind for businesses.

How are consumer spending changes playing out for businesses?

Inflationary costs have increased, which is affecting food and energy spending. Headline inflation has rolled over. But stripping that out, the core inflation has still gone up. People are tightening their belts. If energy prices remain high, which is expected, consumer spending activity will continue to tighten.

How likely is a recession in the coming year?

Following the technical definition of recession — two negative quarters of GDP growth — that happened in the first half of this year. It reversed in Q3, but there was GDP contraction in the first two quarters. As to the future, the Federal Reserve can be a major determining factor in whether the U.S. experiences a recession or not by continuing to tighten financial conditions and impacting demand to a level that we do move into a recession.

The coming economic conditions will affect different companies in different ways. As the economic outlook becomes clearer, companies across industries will want to consider their workforce. Getting qualified labor is very difficult, so businesses may want to focus on retention even if it’s expensive because replacing positions post-recession will likely be difficult. That could be one reason why employment is staying strong.

Additionally, factors such as order books, inventories, productivity and supply chains will need to be closely managed as there’s a fair chance the U.S. could see a recession in 2023. However, the Federal Reserve sees GDP accelerating next year. Though that position is a little at odds with the rest of the market, it would suggest that a recession would not be very deep. ● 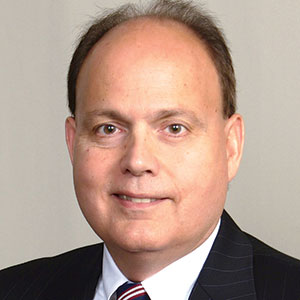