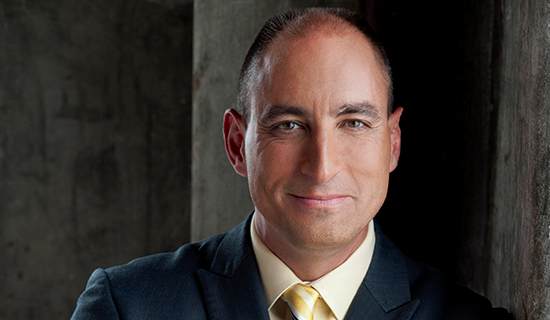 When Dennis Lejeck launched Black Knight Security, he says his experience could be summed up by the saying, “Just because you know how to bake doesn’t mean you know how to run a bakery.” His military and security background gave him a great deal of confidence in his ability to do the job, but it also kept him with his head down and in the weeds.

Lejeck was juggling all of the company’s responsibilities, while being in high demand kept his boots on the ground. It wasn’t until he met his business partners that he realized the necessity of building the support structure the company needed to grow.

Growth, however, came with its own problems. At one point, Black Knight was growing so fast that Lejeck ordered his salesperson to stop selling. It also meant that the company’s human capital demands, which it needed to staff the security details it had been contracted to perform, climbed. Working in an industry that can reportedly see between 100 and 300 percent annual turnover, Lejeck — today the company’s president — had to dig deeper to keep his company’s competitive advantage.

Numbers play a big role in decision-making at Black Knight Security beyond just recruiting. For example, at the monthly meeting of the steering committee, the senior leadership team and business partners spend eight hours going over company financials and tearing apart the numbers to compare performance over time.

“The numbers really drive our business,” Lejeck says. “We measure the overtime that we pay out in this business because that’s the profit leak. We measure the vacancy rate of positions and how are we hiring. We know how many applicants we need to pull in to hire one person.”

But Lejeck hasn’t always been in a position to work on, rather than in, his business. He was in the military, was the director of security for a very large building in Chicago and was the director of security at U.S. Steel Tower in Pittsburgh, the tallest building in the city, so he was confident in his ability to do security inside and out. But what he didn’t know how to do was run a fully functioning business, and around 2010, he realized he needed help. So, he brought in business partners.

“I could not have been more fortunate in regard to these two brothers,” Lejeck says. “(They) said, ‘Our deal is, you teach us security, and we’ll teach you how to run a business.’ We’ve been partners now for coming up on 12 years, and the partnership is as good as it was on day one. I’ve really enjoyed being their pupil, if you will. They have taught me how to thoroughly run a business, to make sure that you have built a business that is sustainable for decades.”

As a sole proprietor and founder without business partners or a steering committee, he says it was challenging day in and day out to make the right business decisions. There was also a lack of critical overhead support staff, so Lejeck was doing sales, operations, customer service, recruiting, HR, accounting — all of it.

In working on the business, Lejeck began tearing apart reports and financials, and hired a support staff. The next step was to grow the company to a point that it was big enough and profitable enough to hire all the necessary components, not just in Pittsburgh, but also in Chicago. That also meant letting go of the mentality of a sole proprietor.

“There’s three of us,” Lejeck says. “We have three business partners now, which means if we’re talking about taking expenses up, adding new expenses or changing a company benefit, now we have a governance binder that tells this business how we’re going to operate. And when we want to do things like that, we vote and we capture it on a company motion form, and it gets recorded, and it’s probably my favorite thing. They have done such an incredible job of teaching me how to run a business and run it well. Aside from being a father, it is my favorite thing to do.”

Part of learning to work on the business meant learning how to delegate. But delegating isn’t always easy for a founder accustomed to having a say in every aspect of the business. The military taught Lejeck, as a sergeant, how to lead and manage people. That translated to the private sector when he began managing his security guards, but not to managing professionals, and not to how to delegate.

Delegating also led to putting a business development team in place. Black Knight hired a full-time salesperson, even though Lejeck says that, at the time, the company couldn’t really afford it. They also hired a telemarketer for cold calling, and those hires accelerated growth.

The salesperson had experience selling in the security industry and warned Lejeck that if he were hired, he was going to bring in at least $1 million each year in business. And he did. Lejeck says that at one point the company’s growth rate was nearly 150 percent. That turned out not to be something to celebrate.

“It just crushed us,” Lejeck says. “It crushed our cash flow. It caused our business to go into debt more because we had to frontload payroll for all of these new clients. It crushed our recruiting. It crushed our operations team, and we really weren’t delivering the service we were committed to with these clients.”

The company’s business development person temporarily set sales aside to help with operations and get the company caught up on the business he had just closed. In that lull, Black Knight did the math on what business it could afford to take on. They were looking for a number that meant they wouldn’t be buried in debt year in and year out. That number ended up being 30 percent growth year over year, and it’s remained the company’s target.

“I was concerned about the growth being too fast and that our standards would slip,” Lejeck says. “We figured out that our ideal number is 30 percent growth year-over-year because, from an operational quality, recruiting and cash flow standpoint, that is our sweet spot. That’s what our business can tolerate. If we’re growing faster than that, it puts a strain on all of those different functions.”

Lejeck understands the challenge that hiring and retention presents to Black Knight Security. As much as 70 percent of his staff can turn over in a year.

“We were just on the never-ending treadmill of hiring,” Lejeck says.

It was clear, he says, that the work that was being put into recruiting wasn’t producing the needed results. That was in part because the human resources department had, years ago, been juggling recruiting along with HR and administrative responsibilities. The strain showed up when the company was starting a new account. It takes between 30 to 45 days to get the necessary staff in place with a new account, which he says should be plenty of time. But often, they’d be short of the required people, and that put a strain on the organization.

“That really caused us to do a deep dive and look at the personality types that we had working HR,” he says.

He started scrubbing his contacts in LinkedIn, looking for someone who could help. He found a talent acquisition specialist with whom he had a personal relationship and asked if he could pick her brain. What he learned was that human resources and recruiting are two functionally different activities that require different personalities, so he initiated a change.

“We took her words and just ran with it and completely gutted the departments, separated the functions in their entirety,” Lejeck says. “If you peeked in at our business model, you would see now I have three recruiters, and all they do is recruit. And I have an HR person, and all he does is handle the human resources functions of the business, and it has worked out tremendously.”

Additionally, Black Knight’s emphasis on retention through programs such as Valued and Appreciated — through which employees are rewarded for hitting certain attendance and longevity benchmarks — have helped improve morale and moved the retention needle in a positive direction. He says the company closed out 2020 at 47 percent turnover.

Today, Black Knight is in the process of a major buildout of the first floor of the office that will nearly double its square footage. The company is also trying to move into the technology space and plans to set up a remote guarding service that is expected to yield higher margins because it requires fewer people to execute. It would also mitigate the impact of turnover.

Looking ahead, Lejeck says he’s seeing retirement on the horizon. And when that time comes, he says his intent is not to sell. It’s to succeed the business to someone internally — the next president of the company. Similarly, he says his business partners need to find people who can step in and take their shares and be partners when they’re ready to fully retire.

“I’m going to be 52 in a couple of months,” Lejeck says. “My business partners are in their early 60s. And if we want Black Knight to sustain for decades and decades after we’ve left this Earth, we need to have a leadership team in place that’s going to succeed us.” ● 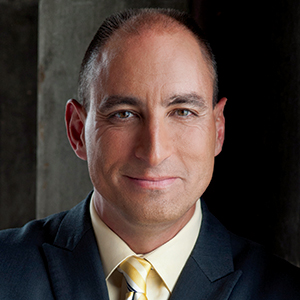