Curiosity is invaluable to innovation

I appreciate when people on social media post what they sometimes call a “timeline cleanser,” a light-hearted distraction from the news. Recently, one post in particular caught my attention. I watched in awe a video of an 11-year-old girl playing drums with the Foo Fighters in front of thousands of people and absolutely crushing it. It was impressive, of course, but what made it memorable was that I could almost feel the excitement of her achievement through the screen.

“Surprise is the only emotion that requires an interpretation,” says Dr. Michael Rousell, author of “The Power of Surprise: How Your Brain Secretly Changes Your Beliefs.” We tend not to question surprises. In a 2019 TED Talk, Rousell described how to use surprise as a hack to change people’s negative beliefs about themselves.

Awe, the sudden feeling of respect or amazement at something unexpectedly vast or powerful, is another emotion that can scramble our circuits in good ways. As psychologist Dacher Keltner, told The Washington Post, “It makes us curious rather than judgmental. It makes us collaborative. It makes us humble, sharing, and altruistic. It quiets the ego so that you’re not thinking about yourself as much.”

In an article written for the Greater Good Science Center at UC Berkeley, he describes the results of a study in which participants watched videos while their brains were scanned. Those who were shown awe-inspiring images from the Planet Earth TV series were “extra engaged” compared to those shown neutral images.

“In other words,” the article states, “awe may help stop us from ruminating on our problems and daily stressors. Instead, awe seems to pull us out of ourselves and make us feel immersed in our surroundings and the larger world (which may help explain its tendency to inspire generosity and a sense of connection with others).”

Connection, humility, curiosity, openness to new information — these are all invaluable to innovation.

As a parent, I am so fortunate to be reminded of these awe-inspiring moments brought front and center from my kids’ daily discoveries. When your kids have those ah-ha moments, take them seriously and celebrate the discovery with them.

And for yourself, here’s an activity to try. Download the Sky Guide Mobile App (found on Apple & Android), set your notification for the ISS and you will be notified when the International Space Station flies over your house. Go outside and look up. You will see what looks like a star moving across the sky and then think about the international scientists who are on board looking back down at you.

We need distractions from the intense focus that work life demands and the thousands of other things that tug at our minds throughout the day. We need mental resets and brain space. Try to be more open to the wonders of the world around us — everything from bobcats returning to Ohio in record numbers to images from the Hubble telescope to kid musicians who can rock out with the pros. Having that curiosity about things outside ourselves can change our way of thinking. ● 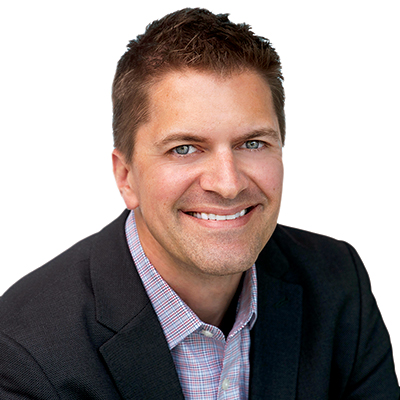