Cost segregation is a tax strategy that allows businesses to accelerate depreciation on buildings they own. It breaks down the components of a building into depreciation categories that allow the owner to accelerate depreciation from the standard 39-year period into 15-, seven- and five-year periods, for example, allowing a portion of that real estate investment to be recuperated over a shorter period. This can increase an owner’s cash flow and often eliminates all their taxable income during any given tax year.

Unfortunately, many business owners, and even a lot of tax professionals, are not aware of the strategy, even though it’s been around for more than 25 years. And with current rules regarding bonus depreciation set to begin to expire, now is the time to determine if and how cost segregation might affect your business.

Smart Business spoke with Brendan Walsh, shareholder and chair of Clark Schaefer Hackett’s tax department, about cost segregation, its misconceptions and how to use it effectively.

Which businesses should be sure to do cost segregation?

Anyone who owns commercial real estate, which includes multifamily housing, should at least consider performing a cost segregation study, which is an analysis of a building to determine the various tax components, to create the potential benefits of accelerated depreciation. However, those who lease space can also potentially take advantage of cost segregation if they’ve invested significant dollars to remodel, renovate or build out that space. The key in a lease situation is that the business owner has invested those dollars, not the landlord or the owner of the building.

What are some notable recent changes in cost segregation?

What mistakes often get made when it comes to cost segregation?

Otherwise, when business owners are aware of the strategy and decide to deploy it, one common problem is not doing it correctly. It is critical that IRS directives are followed when performing a cost segregation study. That’s usually undertaken by a third party, but not all of them follow the IRS directives. When that happens, the property owner can end up in hot water. For example, sometimes a third party will charge a contingent fee based on the amount of the benefit that they provide. That is an unethical practice in the cost segregation industry. If the IRS sees that a contingent fee was charged, they know it’s likely that third-party provider took aggressive positions on how that building was broken down to raise the fee that they would get because of that study. The accepted practice is to charge a flat fee. It’s critical for businesses to properly vet the third party they’re hiring.

Most cost segregation providers offer a free feasibility study. They will estimate what the benefits would be of having a full study completed, determine the cost and calculate what the return on that business owner’s investment would be. It’s something to strongly consider since there’s no drawback. ●

INSIGHTS Accounting is brought to you by Clark Schaefer Hackett 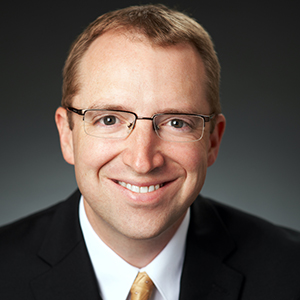 To learn more about cost segregation,

connect with Brendan at cshco.com/professionals/brendanwalsh.